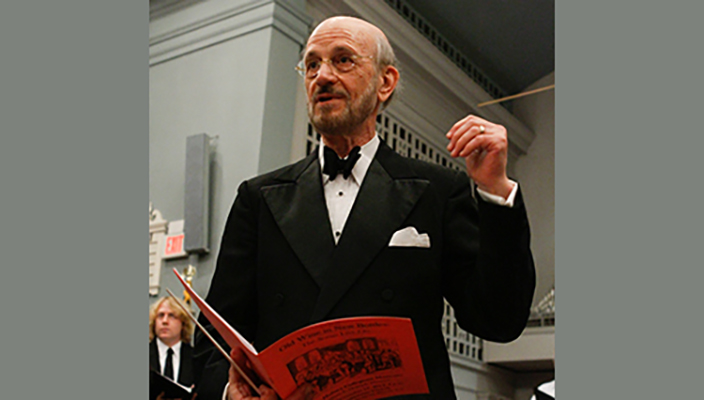 Dr. William E. Hettrick, Professor of Music, recently published his new critical edition of Pueri concinite by the Viennese composer Johann Herbeck (1831–1877) in the series “Special Publications” of A-R Editions, Middleton, WI. A Christmas song for solo tenor, mixed chorus, and a small orchestra of strings and two horns, this is Herbeck’s best-known and best-loved work (it is featured in many performances on YouTube, although most are incorrect because they follow spurious editions).

Herbeck modeled his piece on the traditional Christmas carol “Resonet in laudibus,” presenting an attractive new melody as well as portions of the original tune in a rich, sonorous setting. It was first performed under his direction in the Viennese Hofkapelle at Mass on Christmas Day, 1868, and proved to be so popular that it was presented there in most years up to 1932, sporadically in the 1930s and 1940s, and again annually from 1948 to 1955. Since that time, it has also been performed and recorded many times all over the world.

Dr. Hettrick’s new edition, based on autograph material that he examined in the private archive of the Hofkapelle in Vienna in January 2015, is the first to contain an accurate, full score, as well as a complete set of performance parts.