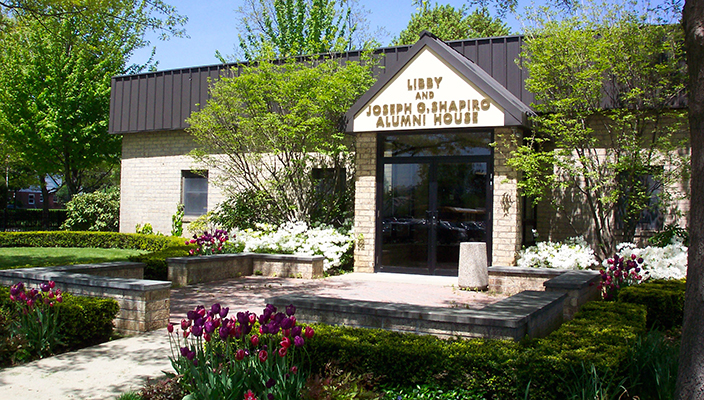 Tickets are $150 per person; undergraduate alumni from the past decade may attend for $125.  RSVP online or for more information contact Stephanie Adomavicius, special events coordinator in the Office for Development and Alumni Affairs, at (516) 463-5284 Stephanie.Adomavicius@hofstra.edu.

The nine distinguished individuals to be honored by Hofstra are:

Alumnus of the Year

Mr. Witkoff founded The Witkoff Group, a privately held, global real estate development and investment firm headquartered in New York City, in 1997. The firm is a market leader in the ownership and development of premier residential, hospitality, office, retail, and mixed-use projects in major cities both in the United States and abroad. With extensive experience in all aspects of the development process, from financing and acquisitions through construction, Witkoff has successfully led the repositioning of over 70 properties comprising some 18 million square feet in major central business districts in the United States and abroad.

Prior to founding The Witkoff Group, Witkoff co-founded Steller Management Company, where he acquired and repositioned a portfolio of residential buildings in New York City. He previously practiced as an attorney in real estate law at Dreyer & Traub and Rosenman & Colin, where he represented a number of large developers and investors.

Ms. Miethner is founder and CEO of FindSpark, MCG Social and an adjunct professor. Through FindSpark, a community dedicated to setting up millennials for career success, Miethner has produced more than 200 educational career programs. She has cultivated an active digital and in-person community of over 20,000 young professionals and top employers including HBO, BuzzFeed, L’Oreal, VaynerMedia, Blue Apron, and Univision — inspiring career optimism in diverse young professionals around the world with actionable, career-changing tips and resources.

At 22 years old, Ms. Peña, a graduate of Hofstra’s journalism program, began broadcasting national news for MundoFOX. It wasn’t long before her passion for storytelling and fluidity on-camera was recognized, and she was given her own TV segment focused on informing the Latino community on technology and social media.

In 2014 the L.A Press Club recognized her with a Best Use of Social Media in Journalism Award for her coverage of an 11-year-old Latino boy who was bullied on Facebook and Twitter. Later that year, she was named one of the top 40 Latino on-air talents in America by the Huffington Post. While at MundoFox, Peña worked jointly with Fox Deportes as a host for the Buzzer and averaged 2 million views per week.  This year, Peña moved to San Francisco to report for KDTV 14 – Univision. As a reporter in this top market she continues to merge multimedia journalism and Latino affairs in her stories making her one of Univision’s youngest broadcast news talents.

Professor Bass, a three-time recipient of Hofstra’s Teacher of the Year Award for the Zarb School (1997, 2007, 2015) joined the Hofstra faculty in 1984. In 2001 he was appointed director of Graduate Programs at the Zarb School and was instrumental in revising a highly competitive MBA program and was at the forefront in creating the MBA program in Health Care Management in association with the North Shore-LIJ Health System. He also helped to launch the MBA in Sports and Entertainment Management. He teaches business law classes at the undergraduate, graduate levels as well as the Executive MBA program.

During his 30 years at Hofstra, Bass has served on the Development Personnel Committee, working as chair for three years. He has twice been elected to the University Senate, and currently serves as chair of the Executive Committee, on the Planning & Budget Committee, and as a delegate to the University’s Board of Trustees, where he is Speaker of the Faculty.

MG Higgins served in Operation Iraqi Freedom and among his many assignments in his distinguished career, commanded the 3rd Special Forces Group (Airborne) at Fort Bragg, where he participated in Operation Enduring Freedom. Prior to his current assignment, he was director, Joint Integrated Air and Missile Defense Organization, J-8, Joint Staff at the Pentagon.

Ms. Levy-Odom is the director of investor relations for Time Inc., responsible for communicating with existing and prospective investors and key influencers including buy side and sell-side analysts as well as corporate governance contacts. Prior to joining Time Inc., she was a vice president/domestic equity analyst for Alliance Growth Equities, a subsidiary of Alliance Bernstein, responsible for equity forecasting and stock selection in the Consumer sector.

Ms. Livingston, a partner at Kramer Dillof Livingston & Moore since 1989, has won 32 trials to date with verdicts in excess of $1 million – more than any other female attorney.  She has negotiated hundreds of settlements that have resulted in payments to her clients of almost a half-billion dollars. She specializes in medical malpractice and personal injury cases. In recognition of her trial skills, Livingston was the youngest person and the first woman in the United States admitted to the Inner Circle of Advocates – an invitation-only professional group limited to the top 100 trial lawyers in America.

Livingston has been called “A Legal Legend” by Law Dragon, and was named in Best Lawyers magazine for 2011 and 2013 as the New York Medical Malpractice “Lawyer of the Year.” She was cited by the National Law Journal as one of “40 lawyers who have made their mark in the area of health care law;” and she has been listed yearly by New York magazine and Super Lawyers magazine as one of the best lawyers in New York. New York also cited her as one of “the 50 most influential women lawyers in America.”

Rosenthal is vice chair of Hofstra University Board of Trustees and serves as chair of the Endowment and Investment Committee.  Through personal philanthropy and the Jodi and Robert Rosenthal Family Foundation, Rosenthal and his wife Jodi have continuously supported Hofstra in its development efforts, including the creation of the Jodi and Robert D. Rosenthal Endowed Scholarship. In addition, he is a member of the Executive Committee and the Board of Trustees of North Shore-LIJ Health System, as well as Co-Chairman of its Investment Committee and Vice Chairman of North Shore-LIJ Health System Foundation. Rosenthal also serves as lead director of Systemax Inc., a New York Stock Exchange company.