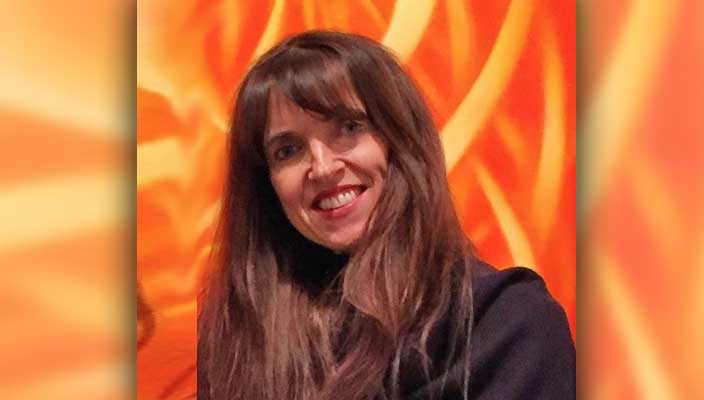 Screenwriter and author Bettina Gilois, who joins the Lawrence Herbert School of Communication faculty this month, has been nominated for an Emmy Award for her work on the HBO film, Bessie.

Gilois and collaborators Dee Rees, Christopher Cleveland, and Horton Foote are nominated for outstanding writing in the category of limited series, movie, or dramatic special.  The film is up for a total of 12 Emmys in categories including outstanding television movie, cinematography, directing, and lead actress for Queen Latifah, who stars as legendary blues singer Bessie Smith.  It has already won a Critic’s Choice Television Award for best movie.

“I am very honored by the nomination for outstanding writing for Bessie and am so pleased with the recognition the movie has received. It’s a story that deserved to be told,” said Gilois. “I’m also excited to be joining the Herbert School and look forward to the journey of learning and achievement together.”

As an assistant professor in the Department of Radio, Television, Film (RTVF), Gilois will teach undergraduate courses in introductory and advanced screenwriting as well as script analysis.  Her nomination is the latest among numerous Emmy honors received by the Herbert School faculty.

“We look forward to Bettina joining us. She brings a wealth of industry experience and connections to Hofstra’s film students,” said RTVF chair Phil Katzman.  “Professor Gilois is a welcome addition and a terrific complement to our excellent faculty.”

Gilois has worked as a screenwriter in Hollywood for more than two decades, earning awards and nominations including the Humanitas Prize, Black Reelz Award, Movieguide Award, and ESPY Award.  She has worked with notable artists and producers such as Jerry Bruckheimer, Martin Campbell, Kevin Costner, Norman Jewison, Joel Surnow, Niki Caro, James Coburn, and Christian Bale.

Her films include Bruckheimer’s Glory Road and The Mists of Avalon with Anjelica Huston. Her film, Disney’s McFarland USA, starring Kevin Costner, has won the Cesar Chavez Award and the Most Moving Pictures Award.  In addition to writing screenplays, Gilois has authored several books. Three of her book projects are being made into movies. She also writes for the Huffington Post in the Arts and Culture section.

Winners of the Primetime Emmy Awards will be announced during a live broadcast from the Microsoft Theater in Los Angeles on September 20th.