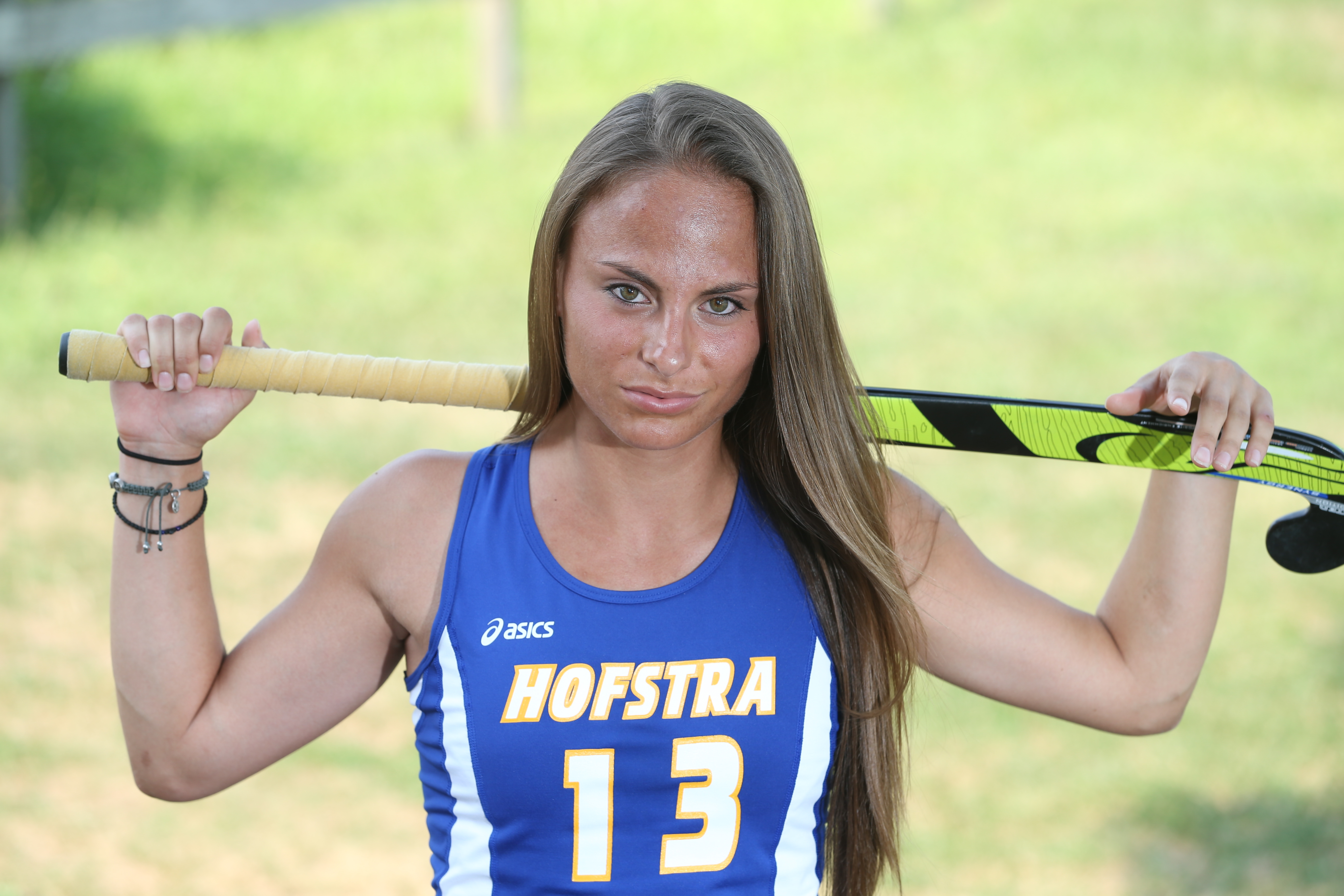 An all-expense paid trip to Hawaii was available upon command. As part of a journalism investigative team with the Carnegie-Knight News21 initiative, Hofstra Field Hockey forward Lauren del Valle simply needed to pack a bag and head out to the Aloha State. But instead of heading to a paradise, del Valle called on the experiences fostered as a four-year Division I athlete and objectively assessed the situation.

“Our team needed another video journalist and that’s not my thing, so for the sake of the team and to get better visuals, I didn’t go. It was a tough thing, but it was best for the project. Working with different personalities in a highly competitive environment was something I was used to being a student-athlete here.”

Working in a team environment and taking on leadership roles has been part of del Valle’s collegiate experience since arriving on campus as a freshman in 2012. The Exton, Pennsylvania native has scored at least three goals in every season, including a career-high four in 2014. Her efficiency extends beyond the artificial turf, including her promotion to editor-in-chief this year of the Hofstra Chronicle; the University’s weekly newspaper.

In the offseason, del Valle earned a fellowship with the News21 program; a national, multi-university reporting initiative headquartered at Arizona State University’s Walter Cronkite School of Journalism and Mass Communication. After completing work across the country in August, the product of Villa Maria Academy (Malvern, Pa.) arrived at training camp looking to help Hofstra return to the Colonial Athletic Association Championship in her senior season.

“I’m a micromanager and Google Calendar can be my best friend,” del Valle said with a laugh. “It takes a lot of self-discipline that was helped by going to a very strict high school that helped prepare me for this.

“It’s just a matter of staying on top of things and hoping that there’s a few more hours in the day then there actually is, but it usually works out. It doesn’t involve a lot of sleep.”

The Pride raced to a 2-0 start this season with del Valle looking to cap a career with a championship after playing in at least 17 games through her first three seasons and notching 10 goals and 25 points in 54 career games.

“The team looks really great now that we have a lot of experience on the team and a lot of veterans. Being a senior, I definitely appreciate more things about the game now.”

Her efforts on the field and in the classroom – del Valle is a three-time NFHCA National Academic Squad selection – along with earning prominent positions in campus organizations has made her a natural leader on the team and an example Head Coach Kathy De Angelis uses to show the younger players how they can pursue a well-rounded career at  Hofstra.

“It makes my job so much easier in that instead of having to tell them how to balance their time, I can turn to Lauren as the example, “ De Angelis said. “The young players can look up to her. From Day 1, she’s had great communication and players like Lauren can make things simpler for a staff. She has great leadership skills and that makes a difference on our team.”

As part of a months-long project, del Valle was one of just 27 students selected to the News21 team. It produced a major investigation into the issues surrounding the legalization of marijuana in America called “America’s Weed Rush.” Her selection was based in part on her experience working at first as an assistant news editor at the Chronicle and also as a contributor for Long Island Report.

An expected May graduation will hopefully come after an internship with a major media company in New York City, del Valle said. After donning the cap and gown, she said she would like to pursue a career in data-driven investigative journalism.

“Lauren is one of the finest young journalists I’ve seen in more than 25 years in the newsroom and classroom,” said Kelly Fincham, an assistant professor of journalism, mass media and public relations at Hofstra and the founder of Long Island Report. “She has an incredibly strong work ethic and works extremely well under pressure. I am constantly impressed at her good-humored ability to manage a demanding academic and work schedule while also being a four-year Division I athlete. She is an outstanding student and I believe that her leadership in news-gathering is a reflection of her leadership role on a college athletics team.”

Del Valle’s talents have earned the attention and respect of new players and the program’s veterans. Junior Stella Schoen said the first season playing a Division I sport can be overwhelming, especially with early season two-a-day practices and the heightened demands of a coaching staff looking to prepare the team for the compact fall schedule. Having someone on the team who has proven to handle multiple responsibilities can both be reassuring and motivating, she said.

“She’s the most disciplined person I know and her work on the field, weight room and classroom is always high quality,” Schoen said. “I don’t know how she does it, she accomplishes so much.

“It’s important to have someone like Lauren on the team because being a student-athlete isn’t just about field hockey. Being a good academically is just as important, and it’s important that young players realize that because they’ll come in and be so focused on field hockey. Lauren’s a great example of how you can manage your time and get everything done.”