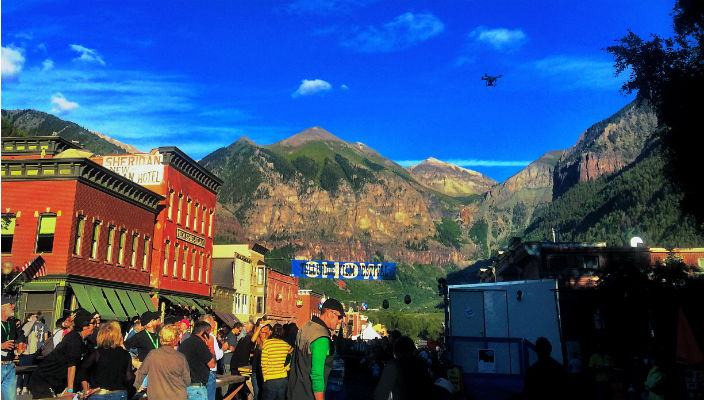 For the second year in a row, film students from the Lawrence Herbert School of Communication have been selected to attend the Telluride Film Festival Student Symposium this summer, a highly competitive program hosted by one of the nation’s most respected and popular film festivals.

The symposium admits only 50 students from universities around the country.  This year, senior David Yurman joins rising junior Muhammad Muzammal, who was invited back to Colorado for the second time.  Both are Film Studies and Production majors in the Department of Radio, Television, Film (RTVF).

“My time at Telluride last year was magical and inspiring, and I received the experience of a lifetime just from those five days,” said Muzammal, who is working on his first feature film script and also writes film reviews for The Hofstra Chronicle.  “I’m gratified to be selected again.”

In addition, two other film students, Dongli Eric Ye and Ethan Magee, were accepted into the Telluride Festival’s first-ever Cinephile Scholarship Program.  Based on their applications for the symposium, the students were offered free lodging and a pass to a special slate of programs including classic film restorations, silent films, and selections by guest directors.

“To have our students selected for these opportunities – and particularly to have a student chosen two years in a row –  says a great deal about the high caliber of our film majors,” said Rodney Hill, PhD, assistant professor of film, who attended the symposium as a graduate student in the 1990s. “It is a great distinction for Hofstra, the Herbert School, and the RTVF Department to be so well represented in such a high-profile and competitive program.” 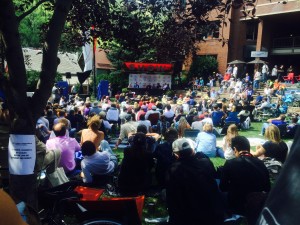 Featured photos of the 2014 Telluride Film Festival are courtesy of Muhammad Muzammal.