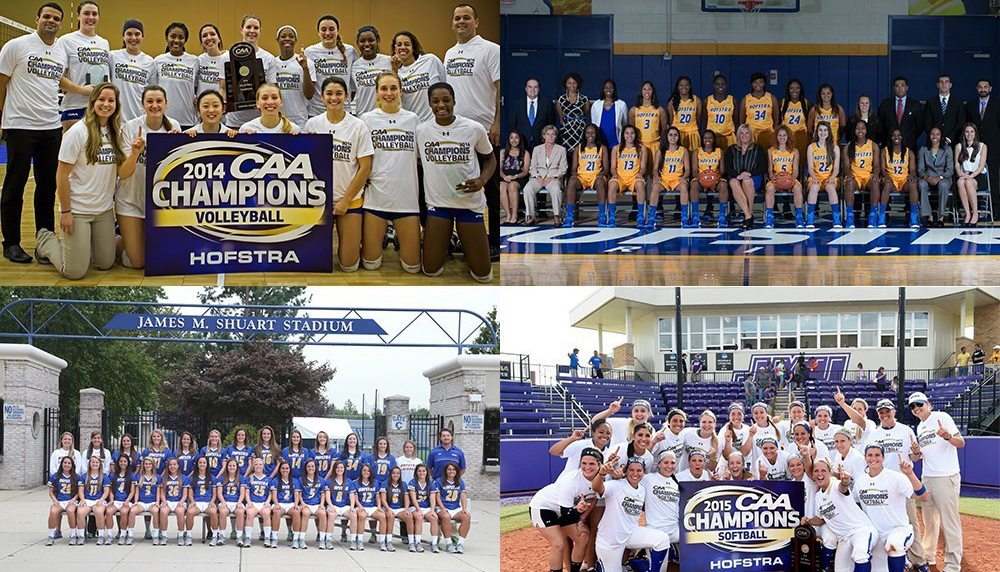 It was a tremendous year for Hofstra Athletics in 2014-15 and the women’s athletic programs at Hofstra University ranked as the best in the state.

All seven of the women’s sports teams that compile win-loss records at Hofstra had winning records during the 2014-15 academic year. These seven programs compiled an overall combined record of 134-58-2 for a .696 winning percentage. That total ranked first among the 22 Division I women’s athletic programs in the state of New York.

Of those 22, Hofstra was one of only two in which all of the women’s athletic programs that utilize a won/loss record had winning records.

“We are extremely proud of the continued successes of the women’s athletic programs at Hofstra University,” commented Hofstra Vice President and Director of Athletics Jeffrey A. Hathaway. “These student-athletes do exceptional work both in the classroom and the competitive venues and we applaud them for their outstanding achievements.”

The volleyball and softball programs won Colonial Athletic Association titles in 2014-15 and advanced to the their respective NCAA Tournaments, the women’s basketball squad, which played in the CAA Championship Game, advanced to the Women’s National Invitation Tournament and the women’s lacrosse team, led by CAA Coach of the YearShannon Smith, captured the regular season CAA title to highlight the success of women’s athletics at Hofstra in 2014-15.

The success of the women’s athletic programs didn’t end in the competitive venues, though, as these programs are tremendous in the classroom as well. In the most recent Division I Academic Progress Rates data released in May, seven women’s programs at Hofstra achieved a perfect 1000 APR score for the 2013-14 academic year. Those programs included women’s basketball, women’s cross country, field hockey, women’s golf, softball, women’s soccer and women’s tennis.