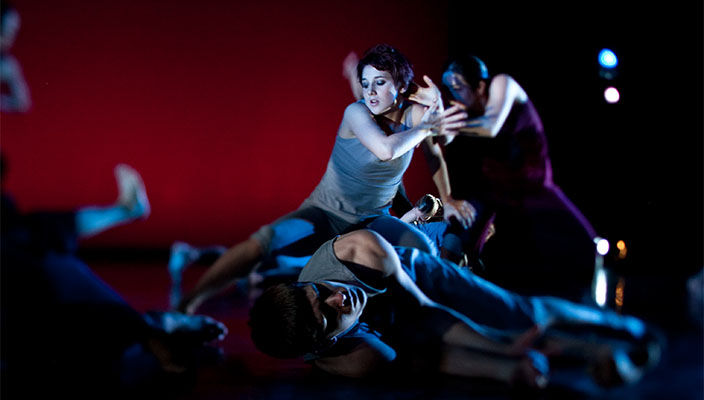 The blog of the World Policy Institute reports that Associate Professor of Dance Robin Becker has been invited to tour Vietnam with her dance company, Robin Becker Dance, to perform her original choreography, Into Sunlight. A number of Hofstra alumni from the Dance program will be featured.

Robin Becker Dance and the Together Higher Dance Company received this opportunity to commemorate 2015 as the 20th anniversary of the renewed diplomatic relations between Vietnam and America, along with the 40th anniversary of the unification of North and South Vietnam. The tour will take place September 22-30, 2015, with performances in Hanoi, Ha Long Bay, and Ho Chi Minh City (formerly Saigon).

Professor Becker was inspired to choreograph Into Sunlight after reading David Maraniss’ book They Marched Into Sunlight, a nonfiction account of two days in October 1967 at the height of the Vietnam War and antiwar protests. Professor Becker was moved by  “the timelessness and universality of the themes and events.” With Mr. Maraniss’ blessing, she embarked upon choreographing an evening-length dance, which explores the dimensions and effects of war on those in battle and those at home searching for peace. It was first performed at Hofstra in 2011.