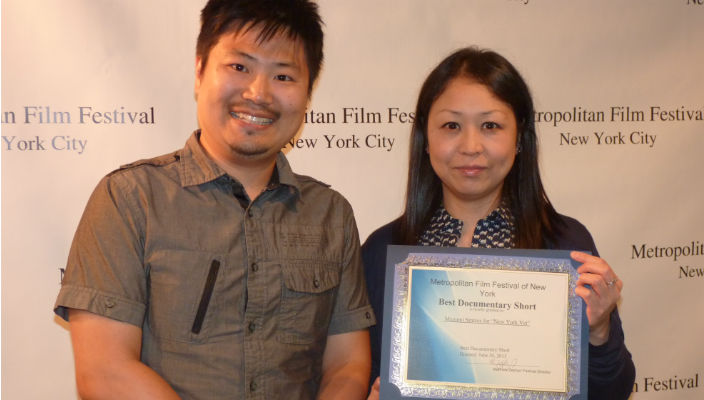 Two alumni of the Lawrence Herbert School of Communication’s film programs have won honors at the Metropolitan Film Festival, a New York City festival that showcases the best in independent filmmaking.

Completely Normal, written and directed by Robert Vornkahl, won best narrative feature.  A 2006 BA in Film Studies and Production graduate, he developed the concept for the film as he was finishing work on Ellipsis, his award-winning thesis film at Hofstra.  Completely Normal is his feature film directorial debut.

New York Vet, by Megumi Smiros, who graduated in May with an MFA in Documentary Studies and Production, was named best documentary short.   The film, which was produced during her time in the graduate program and used a crew of entirely Hofstra alumni, had its premiere screening at Producers Club Theater in New York City on Saturday, June 20.   It was also accepted to the Long Island International Film Expo, where it will screen on July 13 at Bellmore Movies.  Smiros also earned her BA in Film Studies and Production from Hofstra as an international student from Japan in 2000.