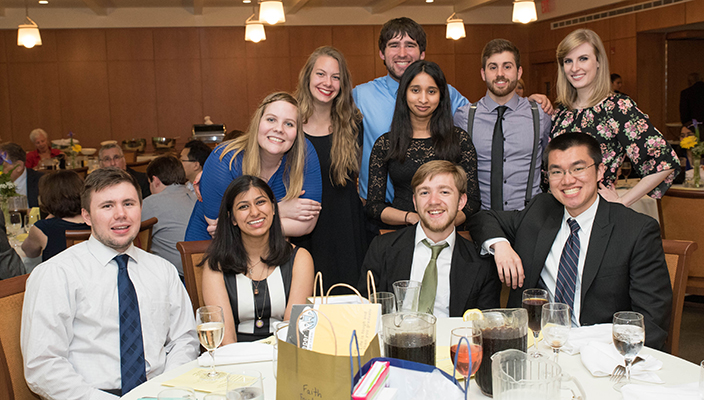 The Chemistry Department, chaired by Dr. Sabrina Sobel, honored student academic excellence at its 2015 Alumni & Awards Banquet last month at the University Club. Faculty and alumni were also recognized and board members were announced for CSI Hofstra, a campus organization for students studying forensic science, and officers were named to the student chapter of the American Chemical Society (ACS). 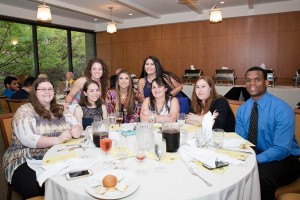 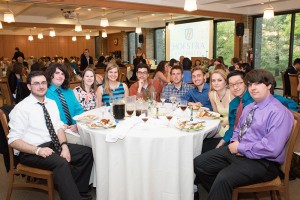 Also announced were three students who have received fellowships through the Dr. Bruce and Doris Lister Endowed Fellowship in Chemistry Research, which gives Hofstra students majoring the opportunity and financial assistance to spend their summer conducting research under the mentorship of a Hofstra professor. Recipients of the fellowship receive a $4,000 stipend and a grant to cover 50% of their on-campus housing costs. This year’s Lister Fellows are Francesca Pavlovici, Mahia Rahman, and Jaffarguriqbal Singh.

Other research and educational opportunities recognized:

The evening also included a tribute to Dr. David Cassidy, professor of natural sciences, who retired at the end of the semester. Dr. Cassidy, recipient of the 2014 Abraham Pais Prize for History of Physics and author of the 2009 biography Beyond Uncertainty: Heisenberg, Quantum Physics and the Bomb and 1993’s groundbreaking Uncertainty: The Life and Science of Werner Heisenberg, served on the Hofstra faculty since 1990. He also delved into playwriting with the WWII drama Farm Hall, which premiered at the 2014 Midtown International Theatre Festival in Manhattan.