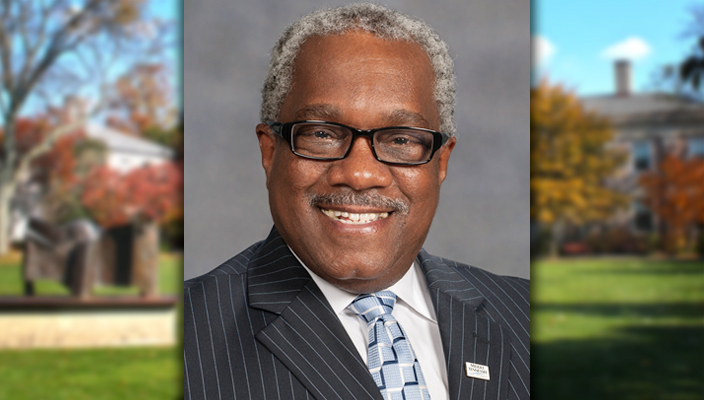 Dwight E. Brooks, PhD, will join the Lawrence Herbert School of Communication as its new vice dean on Monday, June 1.

Dr. Brooks has been professor and director of the School of Journalism at Middle Tennessee State University since 2009, where he led the transition from a print to multimedia program.  He has also held positions at Jackson State University and the University of Georgia, and has extensive experience as both a teacher and administrator, particularly in the areas of accreditation, assessment, and faculty development.

“I cannot wait to begin my service at the Herbert School,” said Dr. Brooks.  “I am excited about this leadership opportunity and the privilege to work with Dean Evan Cornog and the School of Communication faculty.”

Deeply committed to increasing diversity and promoting high standards of journalism education, Dr. Brooks has been involved with the Association for Education in Journalism and Mass Communication (AEJMC) for more 20 years, serving on its board as well as its Standing Committee on Professional Freedom and Responsibility and two Presidential Advisory Councils, among other responsibilities.

He is currently on the steering committee of the AEJMC’s Institute for Diverse Leadership in Journalism and Communication, and earlier in his career, he was elected president of the National Communication Association Black Caucus.  At Middle Tennessee State University, he served on the Access and Diversity Advisory Board and led the School of Journalism’s first diversity plan.

“Dr. Brooks is well regarded for his diplomatic skills in the academic environment, his gifts as a mentor to junior faculty, and his ability to manage through change,” said Dean Cornog, who notes that he was selected after a nationwide search.  “We look forward to welcoming him as a highly-valued member of our community.”

A member of the American Society of News Editors and the National Association of Black Journalists, he also teaches and researches media diversity and media literacy issues and has been published in Journalism & Communication Monographs and the Journal of Radio Studies, among others.