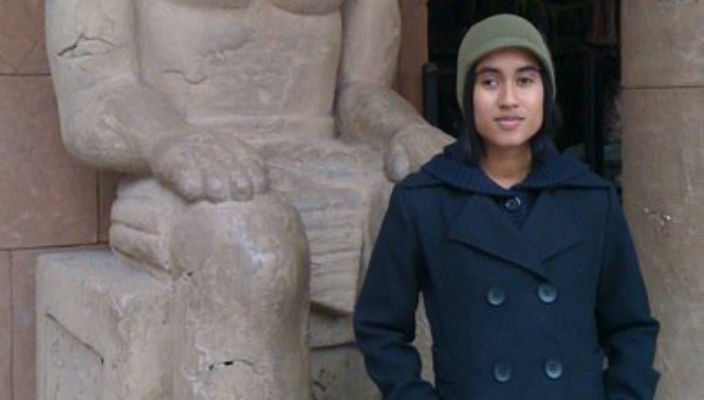 Journalism graduate student Amanda Ocasio’16 was selected to present a talk this week at an international academic conference held at Harvard University.

Her paper, “Unveiling the Women of ISIS: Correcting Popular Understandings of Female Militancy,” was accepted at the International  Journal of Arts and Sciences conference series, which is being held this year in cities across North America and Europe including Boston, Toronto, Barcelona, Prague and London.

“ISIS has been in the news a lot, and I thought it would be a topic worthy of further exploration especially since I felt that women in the group were being misunderstood by media,” said Ocasio, who is also an editor at the Queens Free Press, a community journalism paper in New York City.

Ocasio, of Buffalo, NY, notes that her graduate classes at the Lawrence Herbert School of Communication influenced her approach to the research.  “I took my first two degrees in history and found that you really can’t capture a subject’s agency in a historiographical framework,” she said.  “In contrast, my coursework in journalism has really taught me how to see the many layers and color of every story.”

The International Journal of Arts and Sciences conference accepts academic research presentations in the areas of social sciences and humanities, business and economics, teaching and education, and technology and science.  Held on Harvard’s campus in Boston, the five-day conference ends tomorrow, May 30.