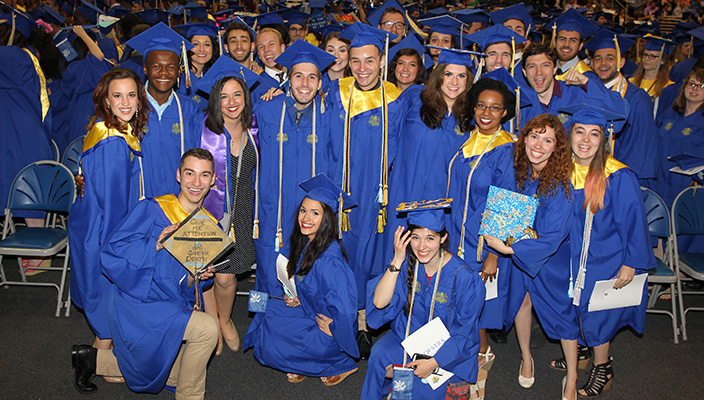 Ginny Greenberg
Photos from May 17 Commencement

There are webcasts available to watch for each of the ceremonies, which took place at the David S. Mack Sports and Exhibition Complex.

The morning Undergraduate Ceremony for Hofstra School of Liberal Arts and Sciences, School of Education and School of Health Sciences and Human Services featured The Honorable Kathleen Rice, congresswoman for New York’s 4th Congressional District. Herman A. Berliner, Hofstra Provost and Senior Vice President for Academic Affairs, also received an honorary degree for his 45 years of service to the University. Undergraduates from Frank G. Zarb School of Business, the Lawrence Herbert School of Communication and the School of Engineering and Applied Science followed in the afternoon, featuring honoree Peter Baker, chief White House correspondent for The New York Times, responsible for covering President Obama and his administration. Vernon E. Jordan, Jr., civil rights activist, business executive, attorney and political adviser was the honoree for the evening Graduate Commencement.

Tonight, Monday, May 18, the Maurice A. Deane School of Law hosts its graduation ceremony, featuring The Honorable Sallie Manzanet-Daniels, a Hofstra Deane School of Law alumna and an Associate Justice of the New York Appellate Division of the Supreme Court, First Judicial Department.