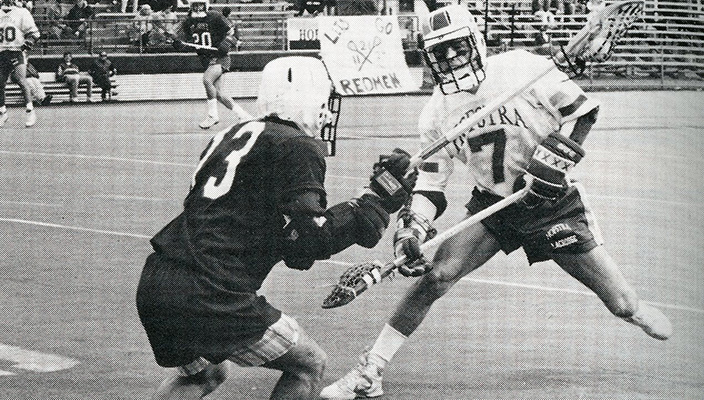 Hofstra University alumnus Jon Cooper ’89, the head coach of the Tampa Bay Lightning of the National Hockey League, will lead his squad into the Eastern Conference Finals starting this week with the hopes of advancing to the Stanley Cup Finals.

The Lightning will take on the New York Rangers in the conference finals.

Cooper, a four-year member of the Hofstra Men’s Lacrosse team during his undergraduate years in Hempstead, is now in his third season (second full season) as the head coach of the Lightning. During his first full season with Tampa Bay he led the team to a second place finish in the Atlantic Division and an appearance in the Stanley Cup Playoffs.

This season he coached Tampa Bay to a 50-win regular season, the second-most wins in the Eastern Conference and another second place finish in the conference. This marks Tampa Bay’s first appearance in the conference finals since 2004 when it went on to capture the Stanley Cup.

During his four seasons (1986-89) on the lacrosse team, Cooper tallied 74 goals and added 25 assists for 99 points and was part of East Coast Conference (ECC) championship teams as a junior and a senior. At the time of his graduation his 74 career goals ranked fifth all-time on Hofstra’s charts while the 99 points placed him ninth. He also played one season of club hockey while at Hofstra.

Game one of the Eastern Conference Finals between Tampa Bay and the New York Rangers will be on Saturday at 1 p.m.