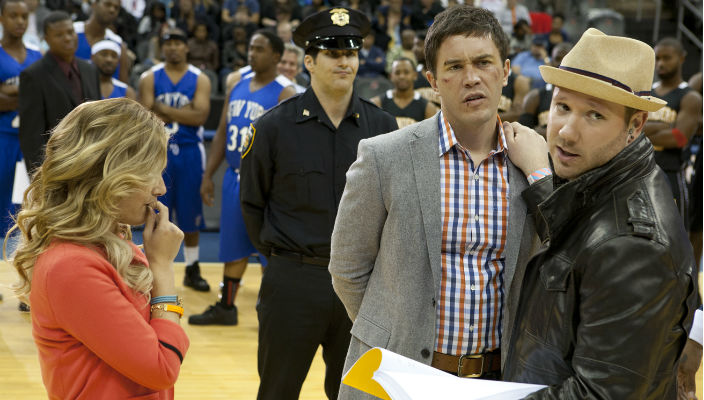 Starring Cliff “Method Man” Smith (of Wu-Tang Clan and The Wire fame) and Tom Pelphrey (Banshee) and loosely based on a true story, the film is about an aspiring sportscaster whose life and career changes after he gets the old cell phone number of a basketball superstar. 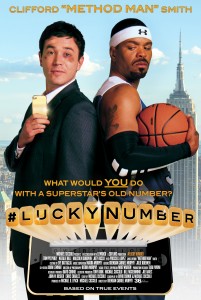 “We are very excited to be premiering at the Soho Festival.  They gave us the premiere slot and three screenings,” said Murphy, who graduated in 2000 from the Lawrence Herbert School of Communication with a BA in film studies and production.  “Getting to work with Method Man on the project was an unbelievable experience for me.  He was an idol of mine growing up, and we had a lot of fun working on the character together.”

The two premiere screenings on Saturday, May 16 at 6:30 pm at the Village East Theaters are sold out; the evening includes a red carpet entrance and Q&A with the cast.  An encore screening is scheduled for Thursday, May 21 at 5:20 pm.

Murphy is an award winning filmmaker whose earlier short films, Swerve and Perceptio, won a total of nine festival awards as well as distribution and television deals.  He is a co-founder of Altered State Entertainment, a film and television production company based in Studio City, California.

As a filmmaker, he says he enjoys the creative process involved in taking a project from inception to completion.  “I love the collaborative process and working with talented hard-working people who are all there because they believe in the project and my vision,” says Murphy, who was profiled in The Top 100 Indie Filmmakers in the World Part 1. “I try to use storytelling in film as a means of exposing truth from a perspective grounded in both beauty and chaos.   Film, photography and painting have always played an instrumental role in my life, reinforcing my own passion to inspire.”

His most recent projects include producing intros for primetime pilots for the 2015 NBC L.A. Screenings, as well as two films in development.

Featured image above: Director Brendan Murphy on set with Tom Pelphrey and other cast members.

Watch the trailer for #Lucky Number: