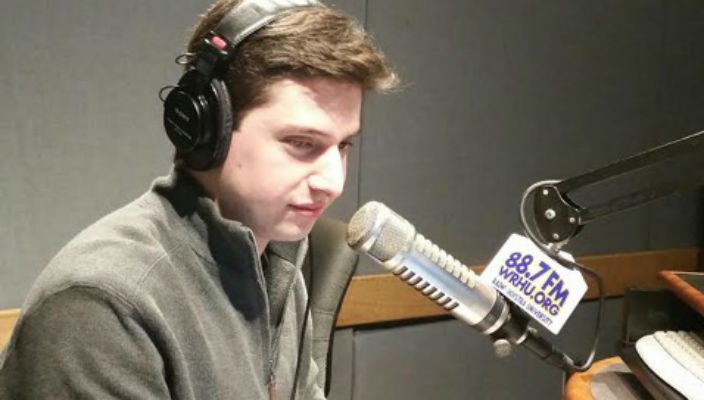 The winning entry, “Election Night 2014,” was honored in the political coverage radio category — the only college winner among professional organizations including the Wall Street Journal, News 12, Fortune, and Reuters which also won for political coverage in the newspaper, TV, magazine, and newswire categories.  Carousso’s report aired on both WRHU and 103.9 FM LI News Radio.

Carousso is a host and producer of WRHU’s “Morning Wake-Up Call” show. He is majoring in journalism with a political science minor, and is also in the dual-degree program for a Bachelor of Business Administration/Master of Science in Accounting.

The 2015 New York Press Club journalism awards honor the work of writers, reporters, editors, producers, photographers and multimedia journalists in 25 categories.  Carousso will accept his award at the organization’s annual dinner on Monday, June 8 at the Water Club in New York City.