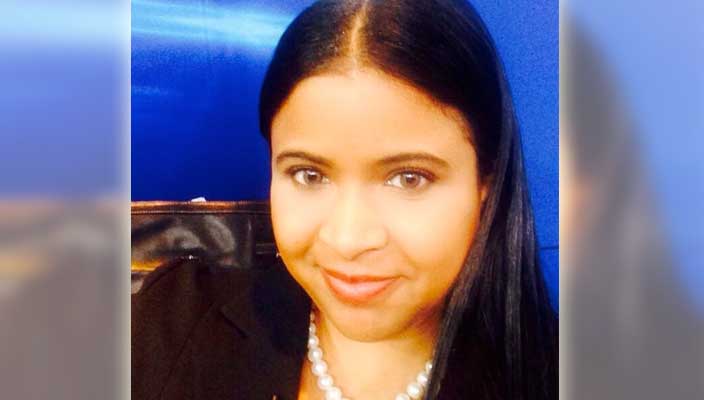 Tomeka Robinson, PhD, Associate Professor and Director of Forensics in the Department of Rhetoric, has been voted president-elect of the Pi Kappa Delta National Honorary Society, making her the first person of color to be president of a national collegiate speech and debate organization.

Dr. Robinson was elected to the two-year post by members of Pi Kappa Delta (PKD) during its national tournament and convention in Athens, Ohio in March.  The organization is the nation’s oldest collegiate debate organization with more than 80,000 alumni members.  She will serve as president-elect until 2017, when she will take on the position of president.

“After serving the organization in various capacities over the years, I am honored to be taking this step in becoming the next president of Pi Kappa Delta. I am even more honored to be the first person of color elected into this prestigious position,” said Dr. Robinson, who currently serves as the charters and standards coordinator for PKD’s National Council. “It is my hope to be as inspirational to others that follow as my predecessors have been to me.”

Over the next few years, Dr. Robinson plans to continue work on her initiatives which include developing a mobile app for the national tournament and convention, improving social media outreach, implementing greener practices, and mentoring new coaches and teams. She will also be responsible for scouting future convention locations and working on PKD collaborations with high schools debate teams.

“Tomeka has spent her time on the National Council improving communication between the chapters of Pi Kappa Delta and the National Council, and her first priority is always the educational experience for the students,” said Susan Millsap, PhD, a professor at Otterbein University in Westerville, Ohio who is also the historian and former president of PKD.  “She will keep the organization moving forward.”

At Hofstra, Dr. Robinson teaches both undergraduate and graduate courses and directs the Speech & Debate Team, which was re-launched last September with her arrival on campus.  The team has won more than 30 individual and team honors in its first year of competition.

“Our department has been extraordinarily lucky to have Dr. Robinson this past year,” said Philip Dalton, PhD, chair of the Department of Rhetoric.  “Her assent to the Pi Kappa Delta presidency is further recognition of the skills and knowledge she brings to our students both in and out of the classroom.”

An accomplished orator and educator, Dr. Robinson’s honors include PKD’s New Forensics Educator Award in 2010 and Presidential Service Awards in 2013 and 2015, as well as the American Forensics Association’s Dedicated Service Award in 2009.   At Marietta College in Marietta, Ohio, where she taught from 2009 to 2014, she was Faculty of the Year in 2011 and named to its Excellence in Advising Honor Roll for three consecutive years (2011-2013).