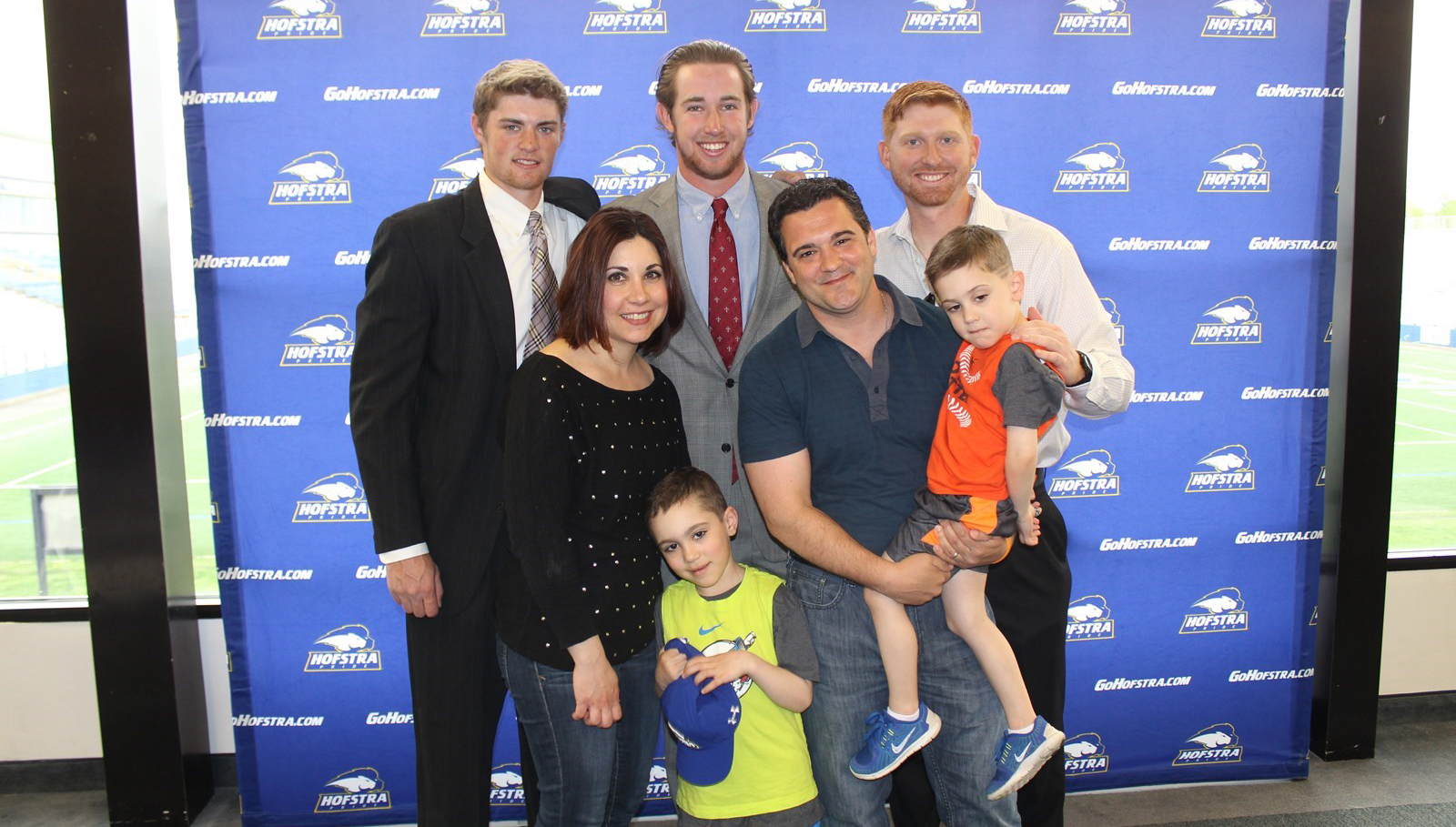 In a gathering attended by the entire team and coaching staff, as well as various Department of Athletics staff, student-athletes Ryan Donovan, Brendan Mulligan, Brett Johnson and Nick Kozlowski conducted an NFL-style draft that saw the brothers announced as the first picks of the Pride in the 2015 draft. The boys received Hofstra Baseball hats and personalized t-shirt jerseys, and then signed agreements that made them honorary team members.

Sal Trotta was diagnosed with Acute-Lymphoblastic Leukemia, the most common form of blood cancer found in children, in 2014. He is in remission but must receive chemotherapy treatments regularly until 2017. Vincent is Sal’s best friend and greatest supporter. The Trotta Family are residents of Bellmore, New York.

Donovan, a junior first baseman on the Pride, serves as Hofstra’s on-campus ambassador for Team IMPACT and was instrumental in setting up the “draft” event.

The “Draft Day” was facilitated by Boston-based nonprofit organization Team IMPACT, whose mission is to improve the quality of life for children facing life-threatening and chronic illnesses through the power of team. Team IMPACT children are drafted on to local college athletic teams and, in effect, become official members of the team from Draft Day through to graduation, attending practices, games and social events while forming unparalleled relationships with the student-athletes and coaching staffs

ABOUT TEAM IMPACT:
Team IMPACT is a 501(c)3 nonprofit that envisions a future where the lives of children facing the hardships associated with adverse issues and events will have access to collegiate team-based support in order to significantly enhance their quality of life in a number of ways, including;  socially, psychologically, physically and academically. Team IMPACT also strives to provide collegiate teams with increased levels of awareness, sympathy and support for the medial and disease communities. Established in 2011, Team IMPACT has already matched over 600 children with collegiate teams, at over 280 institutions in 42 states, improving the quality of life of hundreds of courageous children and touching the lives of over 20,000 student athletes. For more information, please visit:www.goteamimpact.org.