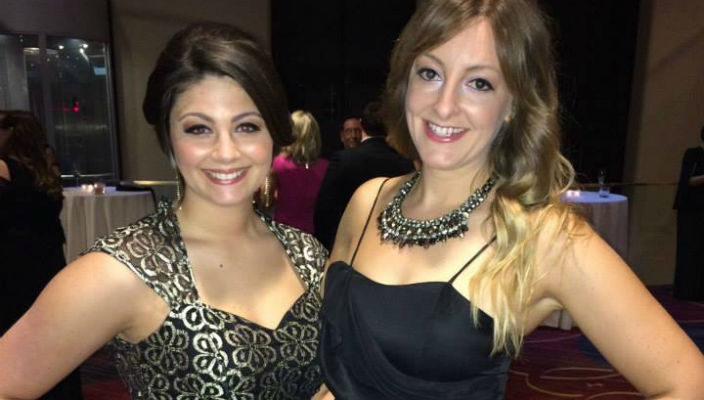 Haven Alba, who graduated last year with a BS in television and a minor in journalism, won an Emmy for her work as a production assistant on NBC’s “Open House,” which was honored in the magazine program and lifestyle program categories.  Alba worked on the winning magazine program episode, “Luxury Living in the Hamptons.”   She has been with the show for one year.

Kathryn Sheldon, a 2006 BA television production and photography alumna and a segment producer for NBC’s “New York Live,” won for her work in the entertainment feature category.  Sheldon has worked on the show since 2009.

Broadcast journalism alum Matt Pieper ’05 was awarded an Emmy in the daytime newscast/larger markets category for his work as an anchor with News 12 Networks.

WPIX meteorologist Mr. G (also known as Irv Gikofsky, a 1967 history alumnus) won an Emmy for his work as a reporter on the PIX11.com segment, “Feeding a Change,” in the social concerns category. He has also lectured on radio and television broadcasting at Hofstra.

Journalism professor Mario Gonzalez’s Emmy win, his second in two straight years, was for his work as a videographer on a Newsday.com story, “Eddie Gordon’s Journey to the UFC,” in the sports documentary category.

The winners were announced Saturday, May 2, at the 58th annual awards gala at the Marriott Marquis in Times Square, hosted by the New York chapter of the National Academy of Television Arts and Sciences.

Featured image:  Haven Alba and Kathryn Sheldon at the 2015 Emmy ceremony in NYC.