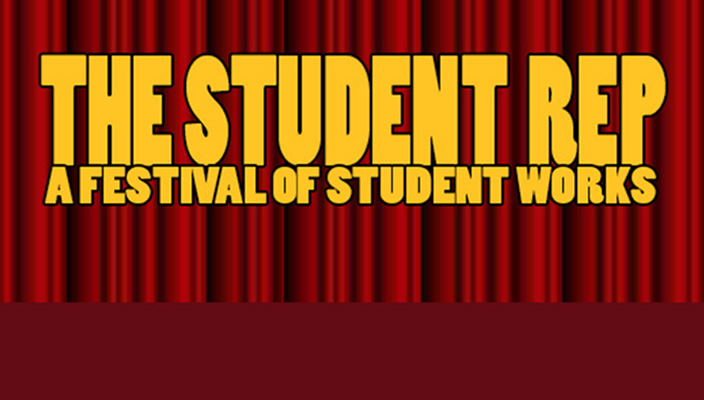 Hofstra University’s Department of Drama and Dance is presenting The Student Rep: A Festival of Student Works at the Black Box Theater, New Academic Building, through Tuesday, May 5. These one-act performances are all produced by current students.

The semester’s shows include:

Friday, May 1, and Monday, May 4, at 7 p.m.
Life Under Water by Richard Greenberg, directed by Jack Saleeby
kamrDance, choreographed by Alexis Robbins

Brilliant Traces is a romantic narrative about two strangers stranded together in a blizzard. Their isolation allows them to break down old barriers and find solace. The cast features Rachel Sutter and Danny Artuso.

Gruesome Playground Injuries spans three decades in the lives of Kayleen and Doug, where bizarre events continue to draw them together. Starring Caitlin Brockell and Will Atkins.

Life Under Water follows the story of young adults in the Hamptons as they deal with first loves and the dark side of wealth. Starring Jenna Davi, Tom Meyers, Deanna Giuletti, Anna Holms, Jesse Eberl, Casey Riordan, Maya Jennings, and Gina Arfi.

Mud revolves around a crude, uneducated woman involved in a love triangle with her adopted brother and his doctor. The cast features Paige Spinola, Ryan Molloy, and Isaiah Stanley.

Admission for all Student Rep performances is free.