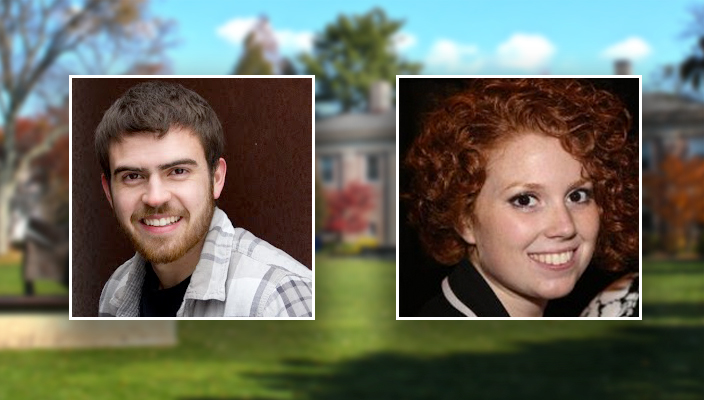 Variety magazine has featured two Hofstra students, seniors Nic Christopher and Erica Robinson, among their “110 Students to Watch” in its annual Education Impact Report, published April 28. Hofstra University is the only college on Long Island to have students featured in this issue.

Christopher, 22, who is earning a BFA in Theater Arts, with a concentration in Scenic and Lighting Design, has designed the sets for campus productions of Don Juan Comes Back from the War and How the Other Half Loves, and lighting for Bat Boy: The Musical, A Lie of the Mind, Antony and Cleopatra, and This Bud of Love. In addition to his work for the department, Christopher has designed professionally for several New York companies, including The New York International Fringe Festival. He has interned with David Arsenault Designs, kef Theatrical Productions, and the Irondale Ensemble Project. He is the head of the Hofstra student chapter of United States Institute of Theater Technology (USITT). His work is so outstanding that the Department of Drama and Dance has already asked him to come back this fall, as a professional scenic designer, to design Fiddler on the Roof for their 2015-16 season. Christopher is currently writing a play about German prisoners-of-war and the families who housed them in Colorado during WWII.

Robinson, also 22, will graduate later this month with a BS in Film/TV/Video. She already has earned several professional TV and film production credits before graduating this May from Hofstra: she has been the ratings manager at Motion Picture Consulting since 2012 and was hired after a 2013 internship at marketing and advertising agency Slightly Mad as its video production manager. At Hofstra, she has worked as a videographer, photographer, and editor for the Hofstra Entertainment Access Television (HEAT) Network’s Thursday Night Live and Director’s Cut shows, and has been a producer on the Long Island arts show, For Your Island. Currently at work co-producing and directing a web series for her senior thesis, Robinson also began her own media production company, Erica Lillie Productions, LLC, in 2014 and hopes to use her television and film production skills to not only entertain but promote understanding and acceptance among her audiences.

Christopher and Robinson were nominated by Hofstra faculty for inclusion in this issue of Variety.