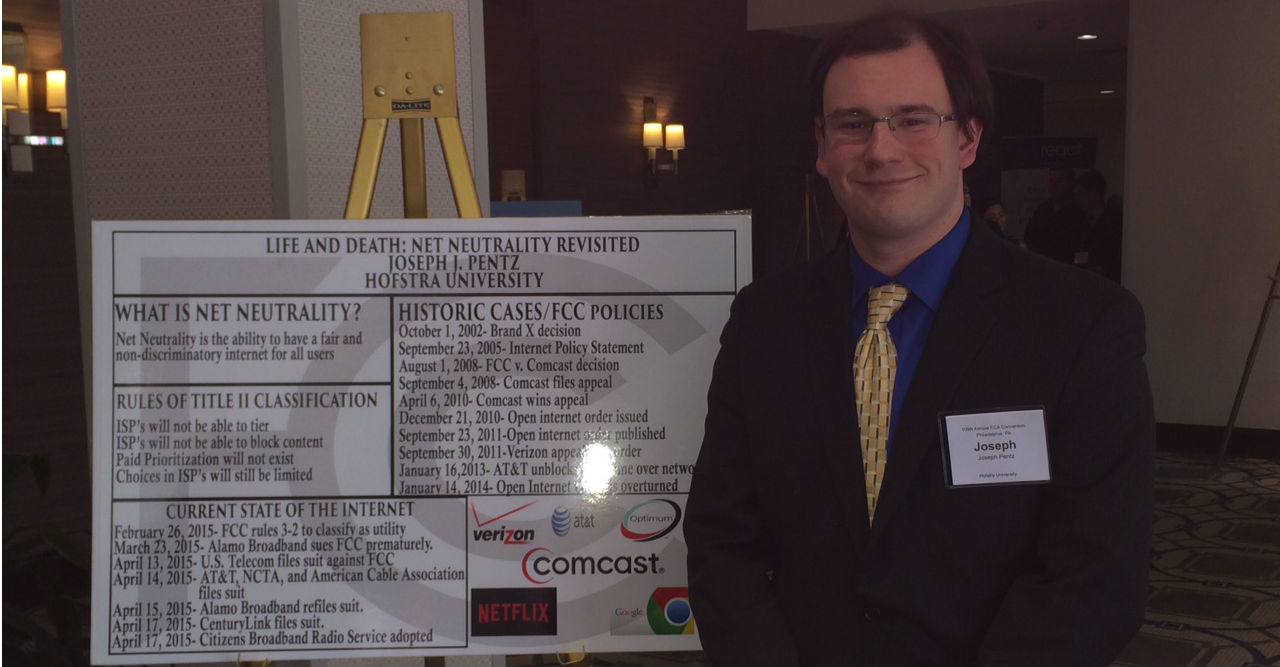 Joseph Pentz, a senior television/video major in the Lawrence Herbert School of Communication, was honored with the Undergraduate Poster of the Year award for his presentation at the 2015 Eastern Communication Association (ECA) annual conference.

Pentz’s research project, “Life and Death: Network Neutrality Revisited,” outlined the history of net neutrality and the recent ruling by the Federal Communications Commission to regulate Internet service as a public utility.   His advisors on the project were professors Nancy Kaplan of the Department of Radio, Television, Film and Susan Drucker of the Department of Journalism, Media, Studies, and Public Relations.

Pentz, who will graduate this May with a Bachelor of Science degree in television/video, will also present his research on campus next week at Undergraduate Research Day on May 7 in Axinn Library, East Library Wing 246, 11 a.m.-1 p.m.

The ECA convention, held this year in Philadelphia on April 22-26th, featured some of the best original research from the nation’s top communications students.   Established in 1910, it is the oldest professional communication association in the United States.