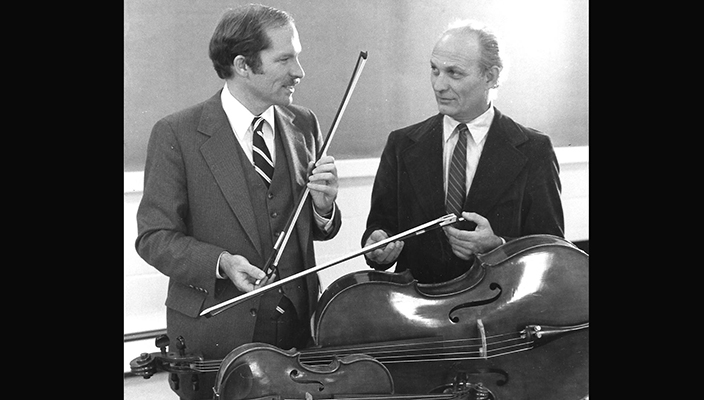 Seymour Benstock, former director of music programs for the Hofstra Cultural Center and a professor in the Department of Music for more than 30 years, passed away in April 2015 at the age of 92. After having joined the faculty in 1962, he is credited with founding the Hofstra String Quartet and directing the Hofstra Symphony Orchestra. He established the long-running Joseph G. Astman Concert Series and in 1985 directed an international conference commemorating the 300th anniversary of the birth of Johann Sebastian Bach. He was also the author of the book Did You Know? A Music Lover’s Guide to Nicknames, Titles, And Whimsy.