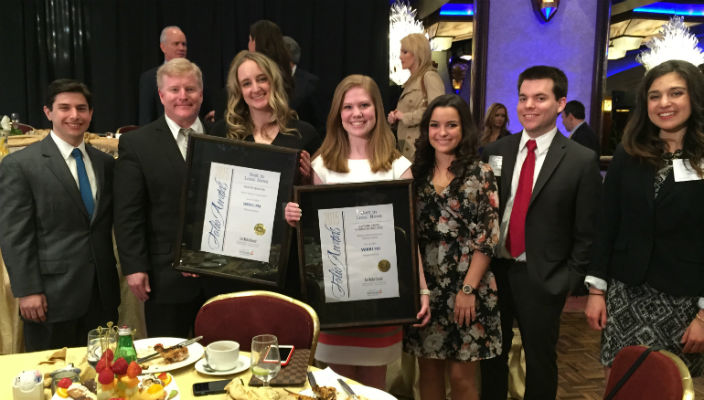 The Hofstra community’s #dayinthepride social media campaign on Oct. 29, 2014 also won the best in social media award in the nonprofit category.  The campaign was led by the Office of University Relations.

The Fair Media Council, based in Bethpage, NY, is a nonprofit organization that advocates for quality local news coverage.

Top Hofstra Instagram Posts: Week of April 20, 2015
At the Top of Their Class – Students Inducted Into Phi Beta Kappa