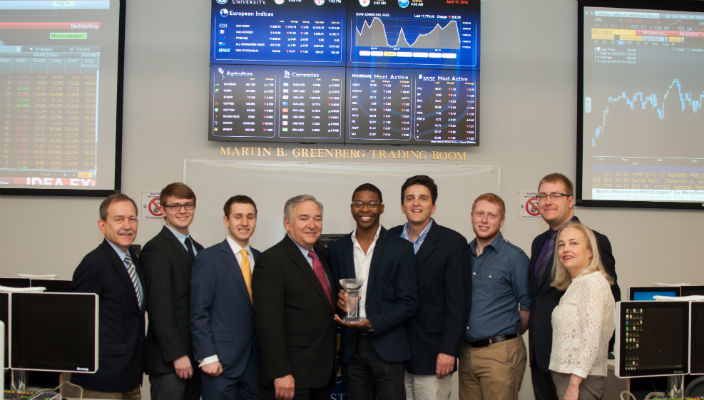 Students from 18 colleges and universities across the Northeast participated in the challenge, managing a hypothetical small cap portfolio of stocks valued at $1 million. The goal of the competition, which is in its fourth year, is to provide a setting for students to test investment ideas and portfolio management concepts

The competition is sponsored by Adirondack Research & Management Inc., the Advisor to The Adirondack Small Cap Fund (ADKSX), an SEC registered no-load mutual fund established in 2005. The Advisor employs a contrarian investment strategy, focusing on those companies currently “out of favor” with mainstream investors.

The Hofstra team posted a 35.38 percent return during the contest, significantly beating the Russell 2000 Index, which measures the performance of small cap stocks in the U.S.; the index had a return of 20.84 percent for the period. The five Hofstra team members were Ross Price, Desmond Fitzgerald, Adam Zuckerbrod, Kevin Kumslerz and Josh Grossman. The team was supervised by Finance Professor Edward J. Zychowicz.

“Hofstra is the only school whose teams have consistently beaten the market since the contest’s inception in 2012. As an alumnus, I am proud of that.” said Greg Roeder ‘95, co-portfolio manager who earned his MBA from the Zarb School.

At the start of the competition in October 2014, students were expected to research and create a thesis on their stock picks and determine investments and allocations. Each portfolio had to include $1 million invested in five small cap stocks, each from a different industry. Each holding had to be between five percent and 50 percent of the total portfolio, and teams could only make changes twice during the contest.