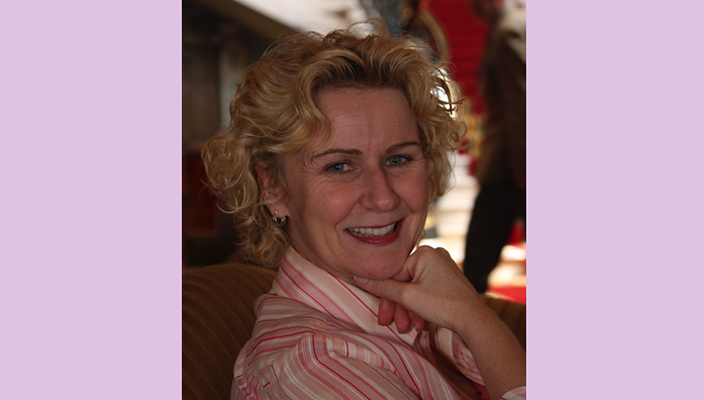 Connie Roberts, adjunct professor of English at Hofstra University, has released her first poetry collection, Little Witness, inspired by her experiences growing up in an orphanage in Ireland. New York Times reporter Dan Barry says of the work, “In her vivid recounting of a childhood spent in one of Ireland’s notorious industrial schools, truth hides behind no ‘masquerade of metaphors.’ Roberts honors children, holds adults accountable, and finds acceptance, all with a reportorial rigor that, through her soaring language and big-hearted vision, achieves poetic art. This is the poetry of rock-hard experience. It will skin your soul.”

Little Witness was published earlier this month by Arlen House, a poetry press in Dublin. This is not the first time Professor Roberts has written about her childhood experiences. Her memoir in verse, Not the Delft School, received the 2010 Patrick Kavanagh Award. Because she has such a bright and engaging spirit, it is difficult to comprehend the trauma that continues to impact Professor Roberts and inspire her writing. “I didn’t choose this subject,” she says. “It was foisted upon me. When you shine a light on a dark place it’s traumatic and difficult. But I have the support now that allows me to try to make sense of it and find an explanation for it all.”

When asked if there are other parts of her life she would like to explore in her writing, Professor Roberts says, “For now this is what I want to focus on. But I am interested in figuring out how I can use this as a platform to explore other people’s stories and address issues of social justice.”

Professor Roberts, a County Offaly native, emigrated to the United States in 1983. She graduated from Hofstra with a Master of Arts degree in English Literature and Creative Writing. She currently teaches courses at Hofstra in Creative Writing and Irish Studies. She encourages students “to write about what’s important to them – not what they think I want to read. For some students it comes easy. Others may take the whole semester to figure it out.”

On May 29 Jimmy Deenihan, Irish Minister for Diaspora Affairs, will introduce Professor Roberts at the Listowel Writers’ Week Festival in Kerry, considered one of the most important literary events in Ireland. There are also plans for a New York launch of Little Witness at the Irish Consulate in Manhattan.

For more information on Little Witness, visit her website.