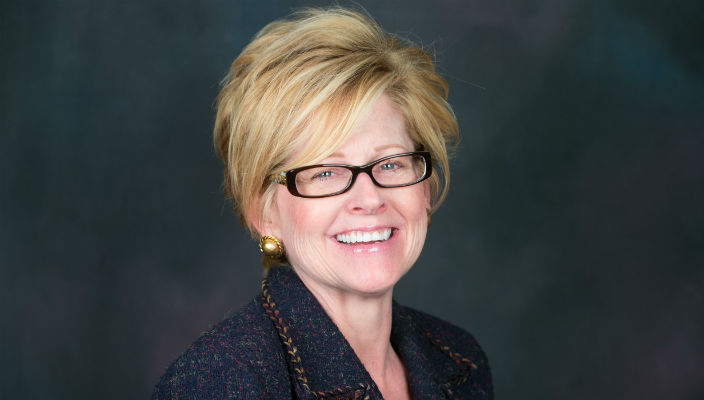 Dr. Carole Jurkiewicz, professor of Management and Entrepreneurship at the Frank G. Zarb School of Business, presented the Annual Public Integrity Award to former Chairman of the Federal Reserve Paul Volker at the March 2015 American Society for Public Administration’s Annual Conference in Chicago.

Volcker, who chaired the Federal Reserve in the Carter and Reagan administrations, is founder and chairman of the Volker Alliance, which seeks to rekindle intellectual, practical, and academic interest in the implementation of policy, and serve as a catalyst for sustained government improvement.

The integrity award is presented each year to an organization that represents a domain of public service, local, state, national, international, or nonprofit, that presents evidence of accomplishing significant programs benefiting the general public.

Volcker was presented the Award for his organization’s work towards rebuilding public trust in government and addressing the effective execution of public policies. Volcker has headed two private, non-partisan Commissions on the Public Service, each recommending a sweeping overhaul of the organizational and personnel practices of the U.S. federal government. Volcker was just one of twenty leading practitioners, scholars, and organizations who were honored for their extraordinary commitment to promoting integrity in public service, advancing scholarship over a lifetime, and serving both the American Society for Public Administration and the public in significant ways.