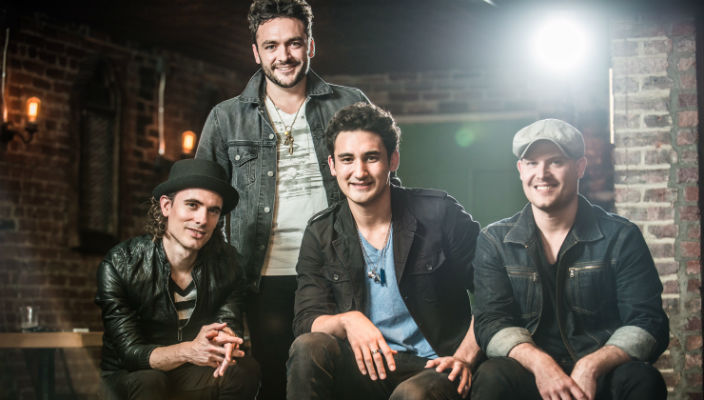 Contemporary rock band Honor By August will perform a free acoustic concert this Wednesday, April 15, to raise awareness about Alzheimer’s disease in this year’s National Public Health Week (NPHW) event series.   The concert will be in the Student Center Theater from 11:45 AM to 12:45 PM.

The concert is part of the Alzheimer’s Foundation of America’s “Raise Your Voice For Care” college initiative, which also features information sessions and a workshop on songwriting therapy led by Honor By August lead singer Michael Pearsall.   He is also scheduled to perform by the National Public Health Week display table in the Student Center atrium in the minutes leading up to the concert.

The events call attention to Alzheimer’s, a progressive, degenerative disorder that affects an estimated 5.1 Americans by robbing them of memory as well as thinking and language skills.

The concert and presentations, as well as all events in the NPHW lineup, are free and open to the public, but registration is required.   NPHW is sponsored by the School of Health Sciences and Human Services, the Master of Public Health program, and the student group, Society of Public Health Advocates.

Check out this Hofstra shout-out from Honor By August’s Michael Pearsall: