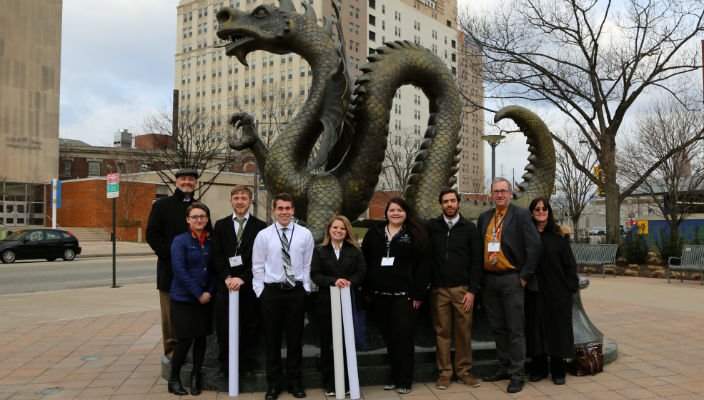 Accompanied by Neil H. Donahue, Assistant Provost for Undergraduate Research and Fellowships, the students presented posters and lectures of their ongoing research in disciplines ranging from speech- language-hearing sciences to forensic science and global studies during the event, held March 27-29th.

Professor J. Bret Bennington, chair of the Department of Geology, Environment, and Sustainability and a paleontologist, was also on hand to provide expert commentary particularly during the opening reception and dinner, which was held amid full dinosaur skeletal mounts in Drexel’s Academy of Natural Sciences.   The dinner featured a keynote lecture by Drexel Professor Ken Lacovara, whose team discovered a new genus and species of dinosaur last year, named Dreadnoughtus schrani, which is considered the most massive ever found.

The Hofstra students, all seniors graduating this May, who participated were:

Hofstra has twice hosted the Colonial Academic Alliance conference, which began in 2002 to foster undergraduate research, academic-athletic collaboration, professional development and innovative teaching among the ten universities who are members of the Colonial Athletic Association.

Check out photos from the conference, courtesy of Professor Bennington: 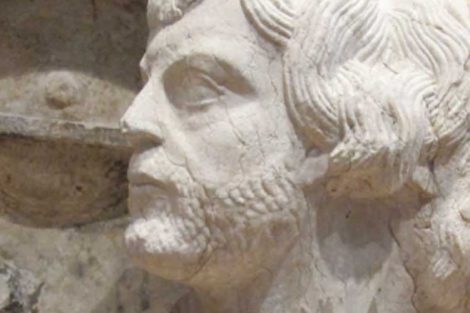