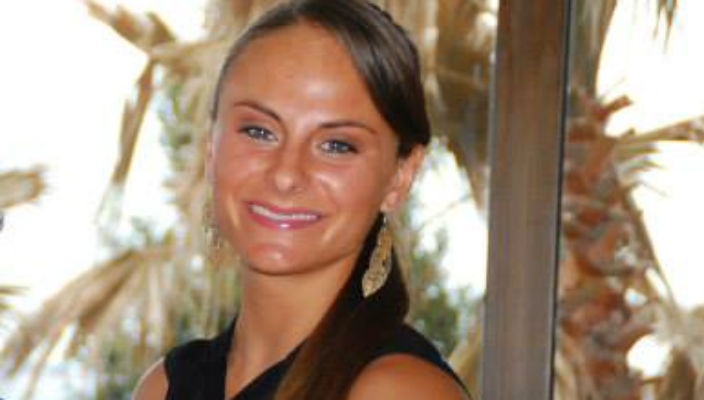 Lauren del Valle ’16 has been selected to participate in the national News21 program, a prestigious investigative journalism fellowship from the Carnegie-Knight multimedia reporting initiative. She is the second consecutive student from Hofstra University’s Lawrence Herbert School of Communication to be accepted to the program.

News 21 fellows conduct in-depth reporting and produce multimedia stories on an issue of national importance, and this year, del Valle and other top other top journalism students from around the country will lead an investigation  into the issues surrounding the legalization of marijuana.

They will spend this spring completing an online seminar to prepare for the 10-week paid summer fellowship from May 26 to July 31 at Arizona State’s Walter Cronkite School of Journalism and Mass Communication. There, they will work under the direction of News21 Executive Editor and Pulitzer-Prize winning investigative journalist Jacquee Petchel.  Former Washington Post Executive Editor Len Downie oversees the online work, in which the participants conduct research and build a library of sources, background information, and story ideas.

“It is truly an honor to have been chosen to participate in the News21 program, and I was grateful to have been nominated to represent Hofstra in the application process,” said del Valle, a junior journalism major and computer science minor from Exton, Penn. “I’m particularly proud to be part of a program that prides itself on producing neutral, accountability journalism revolving around controversial issues.”

Del Valle is interested in pursuing a career in data investigative journalism, and has spent the last two semesters doing research in this area with Professor Kelly Fincham, who teaches advanced online journalism.  She is a news editor for campus newspaper, The Hofstra Chronicle, and is also a Division 1 field hockey player.

News21 was launched in 2005 by the Carnegie Corporation of New York and the John S. and James L. Knight Foundation to help train a new generation of journalists. About 500 journalism students have since participated in the program, and their work has appeared in national media outlets including The Washington Post, msnbc.com, and the Center for Public Integrity.

In past years, fellows have investigated issues such as voting rights, transportation safety, and the problems plaguing post-9/11 veterans.  Last year, Hofstra journalism senior Claudia Balthazar was chosen to participate in the 2014 program, which focused on gun control.