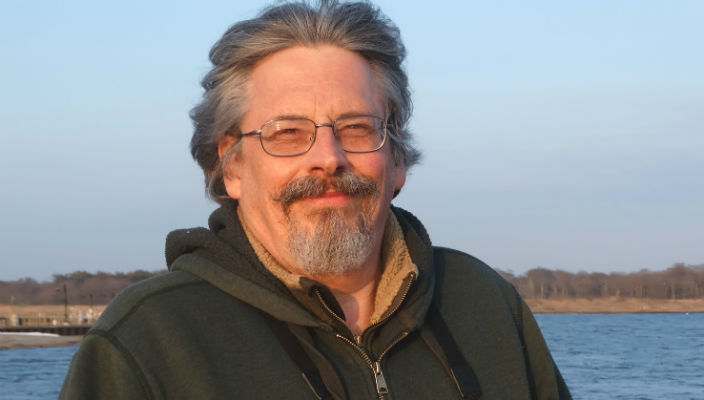 Paul Mordt, a graduate student in the MFA Documentary Studies and Production program in the Department of Radio, Television, Film has been selected to present a paper at the annual national conference of the Popular Culture Association, April 1-4, in New Orleans.

Mordt’s paper, “Titicut Follies — Turning the Camera on the Surveillance State and The Uncanny,” grew out of an essay he wrote for Professor Rodney Hill’s RTVF-231 course, Documentary History and Theory, last year.

Titicut Follies is a 1967 landmark documentary by filmmakers Frederick Wiseman and John Marshall that examined the conditions of inmates at Bridgewater State Hospital, a Massachusetts correctional facility.  The film was banned for decades on the grounds that it violated patient rights, but Mordt argues that “the documentary’s inherent qualities, a direct result of the prodigious talents of the filmmakers, offended the sensibilities of many viewers, contributing greatly to the film’s negative reputation.”

Mordt writes, “Frederick Wiseman’s Titicut Follies harnessed the talents of two exceptional men, who created a vision of hell with the tools of their modern surveillance state. The film represents an apex in its unhindered examination of the prison system. Few other films are likely to approach its documentary truth again.”

The annual conference of the Popular Culture Association is one of the largest interdisciplinary gatherings in the country devoted to the serious study of popular culture.  Select graduate students from across the nation are given the opportunity to share their research with a broader audience.