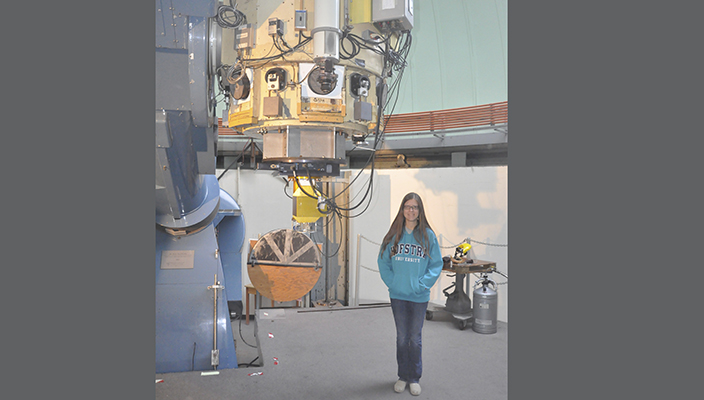 Dr. Stephen Lawrence and Hofstra University Honors College (HUHC) student Charlotte Wood had the opportunity to study the light echoes of Supernova 1987A at the Cerro Tololo Inter-American Observatory (CTIO) in Chile, October 28-November 3, 2014. Located at an altitude of 7,000 feet, 50 miles from the city of La Serena, CTIO is considered the premiere U.S. facility for southern hemisphere optical astronomy.

Dr. Lawrence notes the explosion of Supernova 1987A in the Large Magellanic Cloud, the galaxy nearest to the Milky Way, is the closest and brightest supernova explosion in more than 300 years.  Scientists are tracking and imaging the light echoes of the explosion (in full 3D) to research the location, density and properties of interstellar dust and gas.

A junior from Apex, North Carolina, Charlotte Wood (pictured above with the telescope she used at CTIO) is majoring in physics and minoring in astronomy. The research she is now conducting with Dr. Lawrence is in preparation for graduate studies. She received partial funding for travel from the deans of Hofstra College of Liberal Arts and Sciences, HUHC and the Department of Physics and Astronomy. 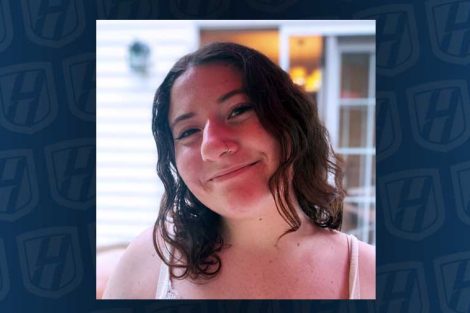