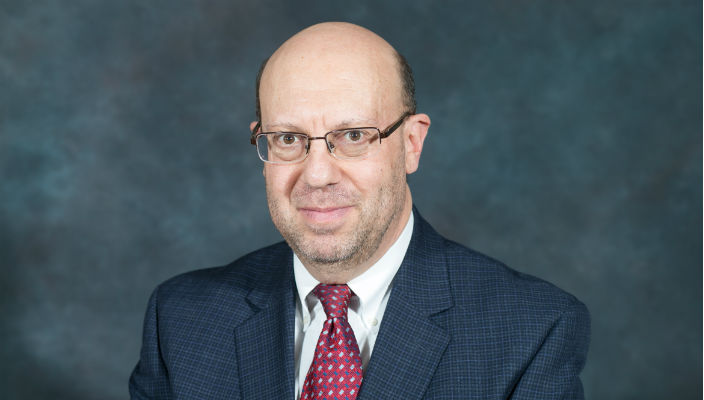 Jeffrey Morosoff, assistant professor and director of the graduate program in public relations in the Department of Journalism, Media Studies, and Public Relations, is the recipient of the 2015 Jack Rettaliata Lifetime Achievement Award from the Public Relations Professionals of Long Island (PRPLI).

According to the PRPLI, the award is given to “an industry leader who has helped shape the public relations landscape on Long Island,” and is given in honor of Jack Rettaliata, a former vice president of aircraft manufacturer Grumman.

“I’m honored and humbled to be in the company of public relations practitioners who have made their mark on our profession,” said Morosoff. “I’ve always been a true believer in the critical role PR plays in every facet of our society. We must continue to educate communicators to strategically–and ethically–use the power of words and images to shape people’s attitudes.”

In 2013, Morosoff was named PRPLI’s Mentor of the Year in recognition of his long-standing commitment to helping students prepare for successful careers in public relations.   At Hofstra, where he teaches undergraduate and graduate courses, he also serves as faculty adviser to the Public Relations Student Society of America.

“All of us at Hofstra’s Lawrence Herbert School of Communication are delighted about this wonderful recognition of the achievements of Jeff Morosoff,” said Dean Evan Cornog.  “We are glad that his many contributions to his profession and the region are getting this richly deserved attention, and we are very proud to have him as a colleague.”

Over the last thirty years, Morosoff has worked as a professional communicator for several industries across Long Island including Cablevision, the Long Island Association, the Town of Babylon, New York Institute of Technology, Nassau Community College, and the Early Years Institute.

He was also PRPLI’s president from 1995 to 1997 and 2006 to 2007, volunteers for the Fair Media Council, and continues to consult for local nonprofits and businesses.

The award will be presented at the PRPLI’s 25th annual awards dinner on Tuesday, May 12 at The Chateau Caterers in Carle Place, New York.  Established in 1990, PRPLI is the largest nonprofit organization in the region for public relations and communications professionals.