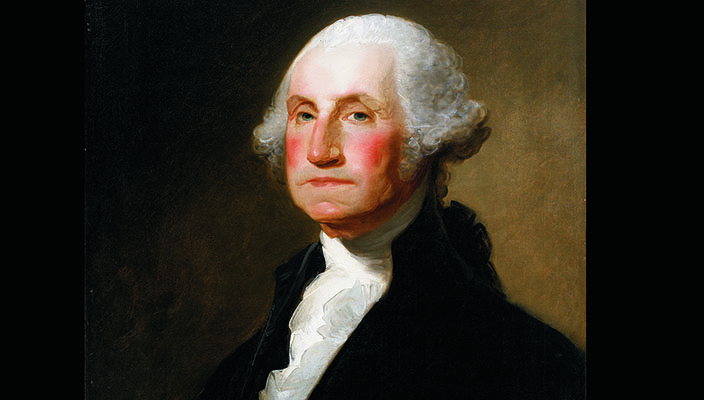 The Hofstra University Museum (HUM) will host an opening reception for From Portraits to Tweets: Imagery, Technology and the U.S. Presidency on Thursday, February 12, 2015 at 4 p.m. at Emily Lowe Gallery. From Gilbert Stuart’s portrait of George Washington and Robert Rauschenberg’s print of John F. Kennedy to contemporary tweets about President Obama, this exhibition  shows how time and technology impact public perception of the American presidency. The opening reception is free and open to the public. From Portraits to Tweets will be on display through May 8.

Beth E. Levinthal, Executive Director of the Hofstra University Museum, explains, “This exhibition takes us from the early days of our republic to the contemporary scene where even Twitter and Facebook play a role in our perceptions of the presidency.”

From Portraits to Tweets will be on display at the same time the Hofstra Cultural Center presents its 12th Presidential Conference on George W. Bush, March 24-26, 2015. Beginning in 1982 with FDR: The Man, The Myth, The Era: 1882-1945, this renowned series of Hofstra conferences has brought together scholars from a wide variety of fields, journalists, former government officials and in some cases the former Presidents themselves to discuss the policies and issues of the various presidencies.

An illustrated full-color catalog accompanies From Portraits to Tweets , as do in-gallery interpretive materials, including an interactive touch screen kiosk with supplemental material examining the artistic methods and processes and a free Art Caper activity for children and families.

For more information about these exhibit and associated public programs please call (516) 463-5672.

Top image: Gilbert Stuart (1775-1828); Richard’s Portrait of George Washington, 1805-1815; Museum Purchase by contributions from the community and friends of Syracuse and Onandaga County as a tribute to the American Bicentennial, PC 76.35. Image courtesy of the Everson Museum of Art.