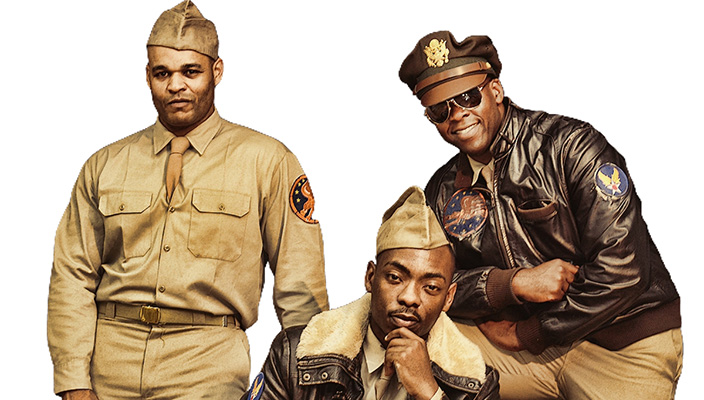 Energetic and emotionally captivating, Black Angels Over Tuskegee is the story of six men embarking to become the first aviators in the United States Army Air Forces during a tumultuous era of racial segregation and Jim Crow idealism in 20th century American history. The play has enjoyed a successful six year run off-Broadway at St. Luke’s Theater (308 West 46th Street). 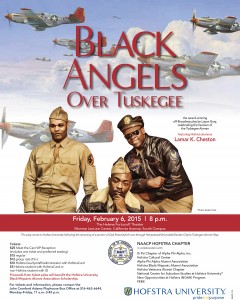 Lamar K. Cheston, an alumnus of Hofstra’s Department of Drama and Dance, is featured in the role of Theodore. While he was a student, Lamar performed on the Hofstra stage in productions of The Great White Hope, A Raisin in the Sun and Macbeth. In 2008 and 2012, the two years Hofstra hosted Presidential Debates, Lamar participated in a unique program titled “Democracy in Performance,” for which he played 19th century escaped slave and abolitionist Henry Box Brown.

This performance of Black Angels Over Tuskegee is sponsored by the NAACP Hofstra Chapter, in collaboration with Xi Psi Chapter of Alpha Phi Alpha and the Hofstra Cultural Center. Tickets are $15. There is a student rate of $5 (upon presentation of ID) and a group rate (15+) of $12. Hofstra faculty, staff and administrators may pay $10 for up to two tickets upon presentation of a current HofstraCard.

There is also a special $25 VIP package that includes preferred seating and admission to a meet the cast reception. Proceeds from the VIP package benefit the Hofstra University Black/Hispanic Alumni Association Scholarship.

Directions to the Fortunoff Theater