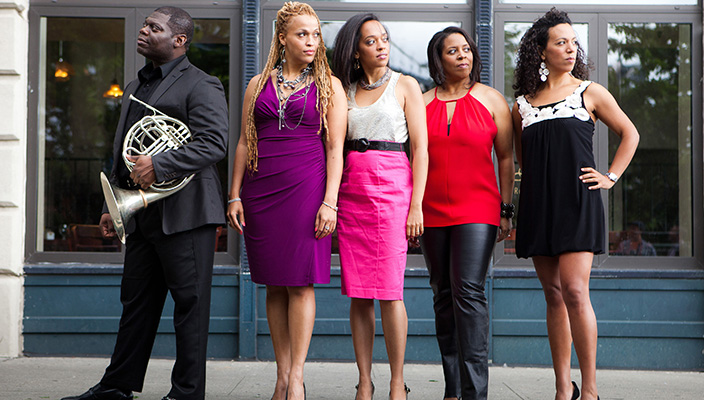 Hofstra University presents “African Diaspora: Music and Dance in the Old and New Worlds,” a musical journey of music and dance, on Sunday, February 8, 2015, at 5 p.m. at the John Cranford Adams Playhouse.

Three Hofstra music department ensembles — the Chamber Singers, the Symphony Orchestra and the Jazz Band — will join Hofstra student dancers, composers and featured student performers to anchor this year’s concert. Hofstra student actor, Maya Carter, will guide the audience through a tour of music and culture as it spread from Africa and blended with Spanish and American popular traditions to form new styles. 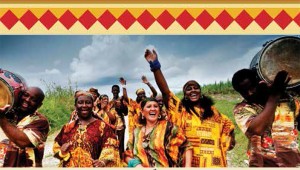 The first half of the concert samples the great choral and drumming traditions of south and west Africa, and African classical songs performed by Liberian-American soprano, Dawn Padmore. The focus of the second half shifts to Latin America and features a variety of ensembles, large and small, old and new. William Grant Still’s Danzas de Panama for orchestra segues to works for smaller groups, including a new work based on a traditional Afro-Columbian folk dance by Hofstra student composer Andres Maldonado.

Tickets are $12 general admission, $10 senior citizen (over 65) or matriculated non-Hofstra student with ID. Members of the Hofstra community receive two free tickets upon presentation of a current HofstraCard. For tickets and more information, including tickets for schools, call the Hofstra Box Office at (516) 463-6644, Monday through Friday, 11 a.m.-3:45 p.m.

This concert is sponsored by the Hofstra Cultural Center and the Hofstra Music Department, and funded in part by the D’Addario Community Music Appreciation Initiative, a multi-faceted program designed to increase knowledge and appreciation for all types of music among a broad range of young people. The initiative addresses several needs at Hofstra and in the local community, including to promote music appreciation and to allow Hofstra’s student music ensembles to visit and perform in local schools and inspire children.