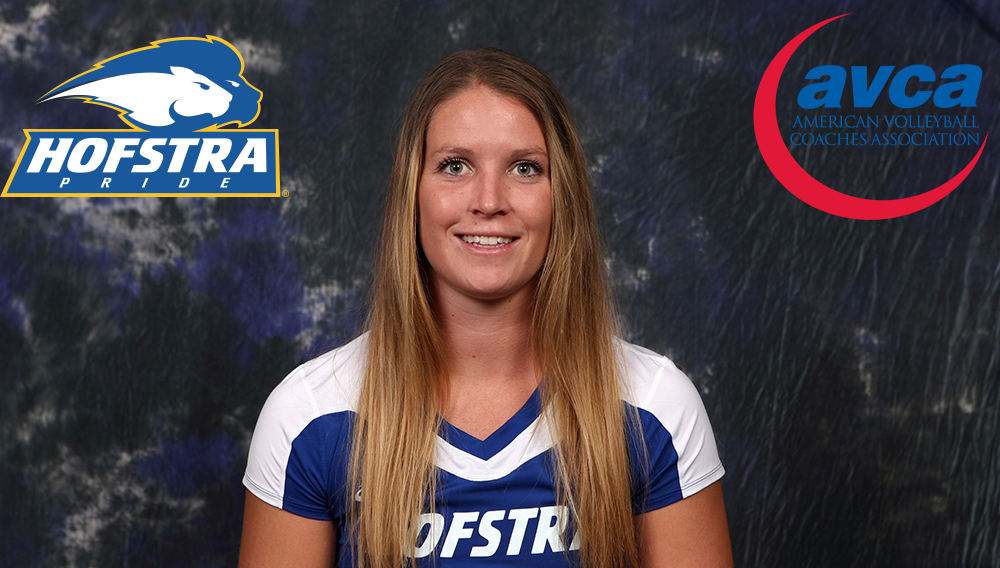 Senior outside hitter Kelsie Wills of the Hofstra University Volleyball team put the finishing touches on her spectacular career today when she was recognized as an All-American by the American Volleyball Coaches Association (AVCA).

Wills cements herself as one of the best to ever play for the Pride and becomes only the second-ever AVCA All-American in program history, joining Elizabeth Curley. Both Wills and Curley (2006) were named to the honorable mention team. Last week, Wills was named to the AVCA All-East Region team, becoming just the seventh player in school history to earn All-Region accolades. Arguably one of the best players in the history of the widely-successful Hofstra Volleyball program, Wills just concluded her final season in a Pride uniform and led Hofstra to 28 victories, along with a Colonial Athletic Association (CAA) Championship and a berth in the NCAA Tournament. Hofstra, which compiled a 28-6 mark in 2014, totaled the most wins since the 1989 squad earned 35 victories.It was Wills’ second appearance in the NCAA Championship (2012) and it marked the program’s eighth appearance overall in the NCAA Tournament and third CAA title since joining the league in 2001.  The CAA Player of the Year and an All-CAA First Team selection in 2014, Wills led Hofstra with 506 kills, while ranking second in service aces (30), third in digs (312) and fourth in blocks (68). Her spectacular senior season saw her reach double figures in kills in all but four matches and she tallied 13 double-doubles.Wills closed her career as the program’s all-time leader in kills with 1,942. She is one of only six players in program history to total at least 1,000 career kills and 1,000 career digs as she picked up 1,226 digs during her four seasons at Hofstra. She is also the first player in program history with three seasons of 500 or more kills.