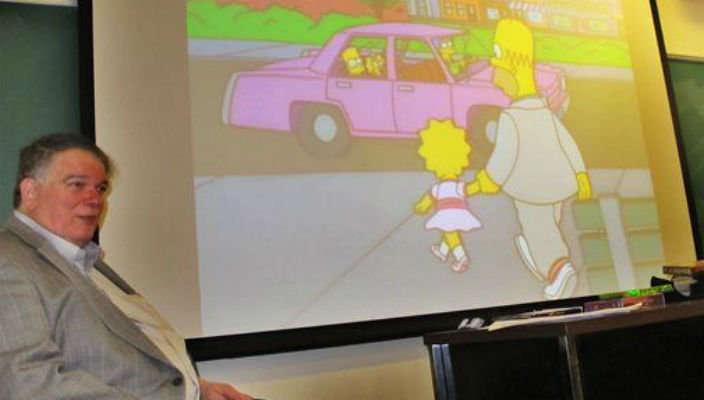 As The Simpsons, the ground-breaking animated adult sitcom, celebrates its 25th anniversary, the Associated Press examines how the show has become a staple in college classes nationwide, including in the Hofstra Department of English, where Prof. Richard Pioreck has been teaching classes that link The Simpsons with Broadway theater and great literature, for more than a decade. Photo: Professor Richard Pioreck teaching a class about Broadway and The Simpsons.