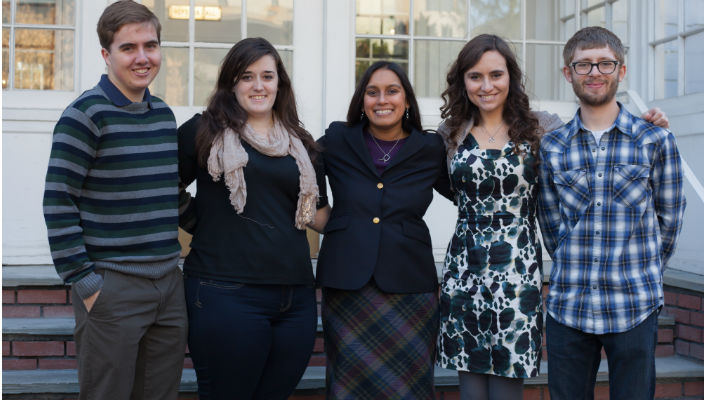 Six students with outstanding academic records and an interest in political science have been chosen to participate in a prestigious January seminar on bi-partisan cooperation at The Washington Center.

This is the third year that Hofstra has sent students to the Washington Center January seminar, thanks in part to scholarships provided by Scott Rechler, chief executive officer of RexCorp, Realty, LLC. Dr. Meena Bose, PhD, director of Hofstra’s Peter S. Kalikow Center for the Study of the American Presidency  will be the faculty director for the seminar.

The seminar is called “Inside Washington” and runs from Jan. 4-17. It will be broken into two week-long sessions; the first week will focus on “Exploring Bipartisan Solutions and the New Congress” and the second on “Politics and the Media”. The Washington Center is a non-profit organization that hosts seminars and other courses about American politics and governance for more than 30 years.

The six students attending the seminar are: