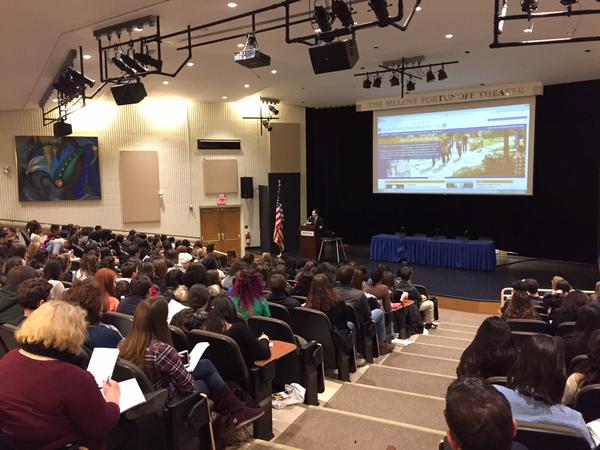 More than 300 Long Island high school students participated in a day of panels and workshops and explored media-related careers with journalists and Hofstra faculty from the Lawrence Herbert School of Communication at this year’s annual High School Press Day. Marc Oppenheim, associate dean for student affairs at the Herbert School, welcomed students, telling them: “We are empowering you to become storytellers.”

“If I can give you any advice about college, it’s to find a passion. Devote your time to a club or cause and figure out what you love,” he said.

Students also got a tour of the Lawrence Herbert School of Communication, including a studio, a multi-media converged newsroom called the News Hub, and the campus radio station, WRHU-88.7 FM.

NBC News reporter Pei-Sze Cheng explained that her work “always starts with a question. It’s about having curiosity.”