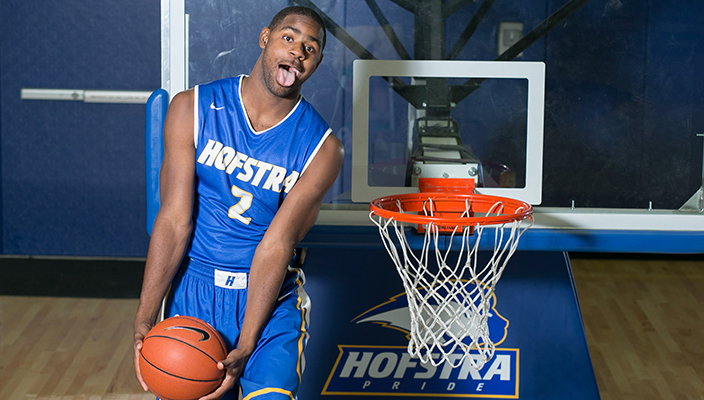 The moniker connotes a different personality from what teammates and coaches describe as one of the most affable members on the Hofstra Men’s Basketball program. A quick scan of Ameen Tanksley‘s Twitter profile shows the dichotomy between on-court tenacity and off-court approachability. Any thoughts that the guard might take him too seriously with the alias “Ameen Business” are quickly contrasted to a goofy pose of him next to a hoop.