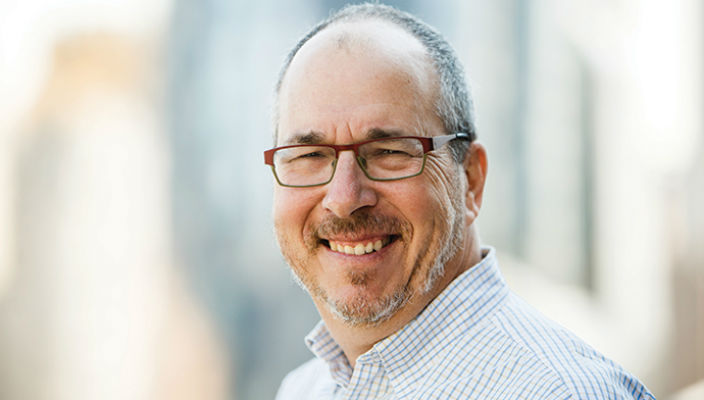 The Lawrence Herbert School of Communication welcomes Neil Barsky to campus on Wed., Dec. 3, 2014 to discuss his latest venture, the Marshall Project, a nonprofit news enterprise that covers the American justice system.

As founder and chairman of the Marshall Project, Barsky notes on the organization’s website that its mission is to “raise public awareness around issues of criminal justice and the possibility for reform” and bring “transparency to the systemic problems that plague our courts and prisons.”   Bill Keller, Pultizer-Prize winning reporter and editor from The New York Times, serves as editor-in-chief.

Barsky worked as an award-winning reporter at the New York Daily News and the Wall Street Journal before switching to a career in finance and building two successful hedge-fund businesses.  He then went on to direct and produce the critically-acclaimed 2012 documentary, “Koch,” about former New York City mayor Edward Koch.   Barsky is also chairman of the board of overseers for Columbia Journalism Review and sits on the board of trustees at Oberlin College.

The talk, the last in this semester’s Herbert Insiders speaker series, will be held in the Herbert School’s NewsHub, south campus, at 6 p.m.  Limited seating is still available; RSVP at herbertschool360.com/themarshallproject.

Launched this fall, the Herbert Insiders speaker series brings distinguished guests, including alumni, to campus to speak with current and prospective students interested in communication careers.   The series is made possible with the support of The Lawrence Herbert School of Communication Advisory Council, alumni, and friends.