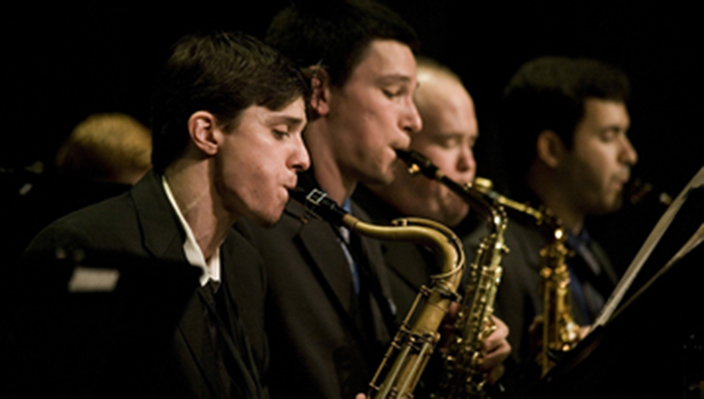 The Hofstra Jazz Ensemble, directed by Dave Lalama, will perform its annual Peter B. Clark Memorial Scholarship Fund concert this Sunday, November 23, at 7 p.m. at The Helene Fortunoff Theater. Sharing the stage with the Ensemble is the Hofstra Vocal Jazz Quartet and The Interplay Jazz Orchestra. The Jazz Ensemble is just one of the student performing groups within Hofstra’s Department of Music.

Audience members can look forward to numbers like Mercer Ellington’s “Things Ain’t What They Used to Be,” Chick Corea’s “Spain,” “Tenderly” by Walter Gross, “You Don’t Love Me Like You Used To” by Sonny Rollins, and Dizzy Gillespie’s “Manteca.” 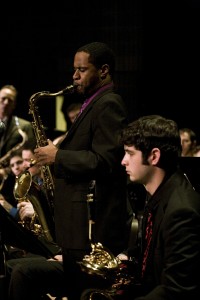 The Interplay Jazz Orchestra, co-directed by Joey Devassy and Gary Henderson, was formed in 2003 as The Hofstra University Alumni Jazz Band. The name was eventually changed as membership was expanded to non-Hofstra musicians. Their debut album, My Love You’re Free, was released in 2013 and they perform bi-monthly at Treme in Islip, Long Island.

Tickets for Sunday’s concert are $6 general admission; $5 senior citizens (over 65) and non-Hofstra students with ID. Members of the Hofstra community may receive up to two free tickets upon presentation of a current HofstraCard. For tickets and more information call the Hofstra Box Office at 516-463-6644. Tickets will also be sold at the door.