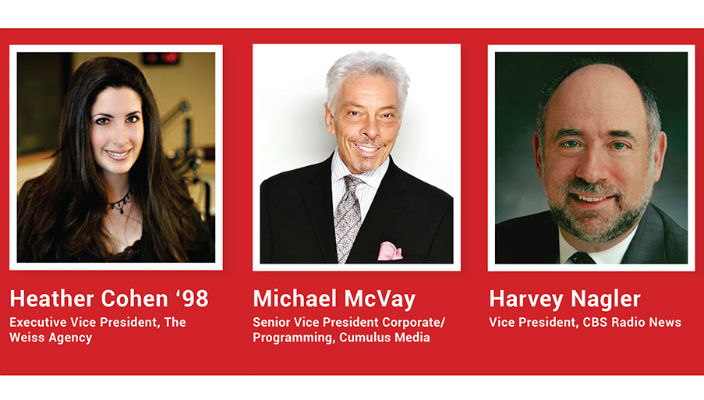 The Lawrence Herbert School of Communication welcomes three high-level executives from the radio industry for an evening of Q&A and networking on Tuesday, Nov. 18.

The second in the Herbert Insiders Speaker Series, “Navigating the World of Radio” will be held in Breslin 211 at  6 pm and features:

Michael McVay, senior vice president of corporate programming, Cumulus Media.   He has been recognized as Broadcast Executive of the Year for three years in a row (2006-08) by Radio & Records magazine, among other awards.

Harvey Nagler, vice president of CBS Radio News, where he is responsible for radio operations worldwide, including news gathering and programming and the relationship with thousands of affiliated stations around the country.

Herbert Insiders is a new alumni speaker series, established this semester, that brings distinguished alumni back to campus to speak with current and prospective students interested in communication careers.   The series’ first speaker, Lance Ulanoff ‘86, chief correspondent and editor-at-large of Mashable, visited campus earlier this month.

Herbert Insiders is made possible with the support of The Lawrence Herbert School of Communication Advisory Council, alumni, and friends.