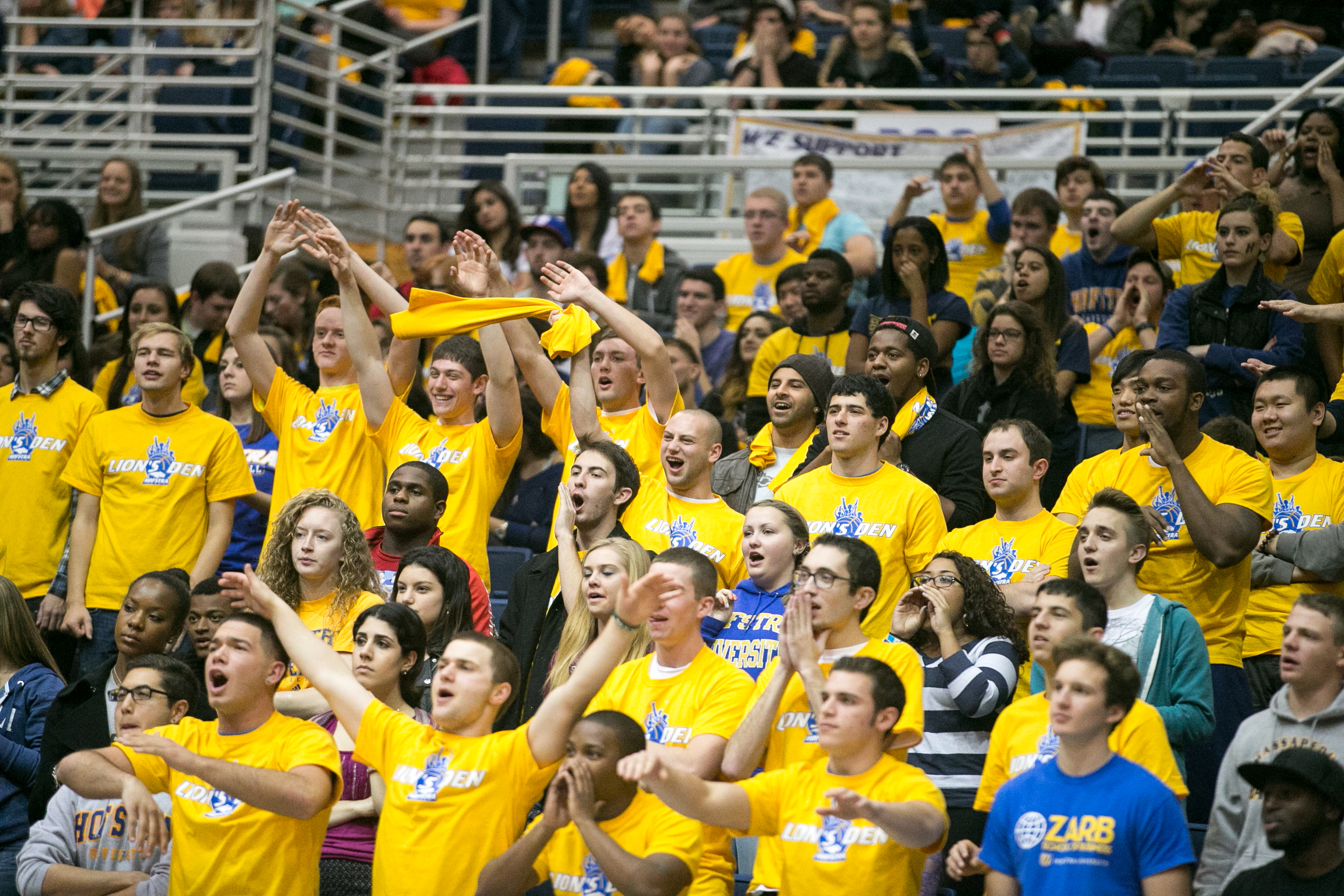 The Hofstra Basketball seasons will get underway on Friday with an exciting doubleheader. The women’s team will open the festivities with a 6 p.m. game against Central Connecticut State. Following that contest the men’s basketball squad will host Jacksonville in its season opener. That game will begin shortly after 8 p.m.

Prior to the doubleheader there will be a Hofstra Student Pre-Game Rally at 5 p.m. in the Mack Sports Complex. The event will be a great way to kick-off the 2014-15 Hofstra Basketball seasons as there will be free food and drinks, along with tons of giveaways as well. Kate and Willie will also be there to take photos. We also ask that all Hofstra fans wear their Midnight Madness t-shirts to the games.

Both programs have high expectations for the 2014-15 season as the men’s squad will feature four players who sat out last season who could make immediate impacts, joining together with three returning starters and three talented newcomers.

The women’s team has a ton of young talent that will look to bring speed and skill to a unit that has seven players on the roster looking to make their debuts with the Pride this season.

Hofstra is 6-6 in the all-time series against CCSU. The Pride fell to the Blue Devils, 64-62, in New Britain, Connecticut last season. Anma Onyeuku had 13 points and 12 rebounds before CCSU won on a jumper at the buzzer.

The teams once shared a conference with biannually games in the East Coast Conference in the 1990s. The first meeting between the schools occurred in the 1989-90 season with Hofstra losing at home. The Pride won the last home matchup with a 67-60 victory at the Mack Sports Complex in 2011-12.

This will mark the fourth all-time meeting between Hofstra and Jacksonville with the Dolphins having won the previous three meetings. The last meeting occurred during the 1974-75 season with JU winning by the score of 87-68.

Jacksonville went 12-18 a season ago and is under the direction of first year coach Tony Jasick. The Dolphins return six letterwinners and have added eight newcomers to the roster.