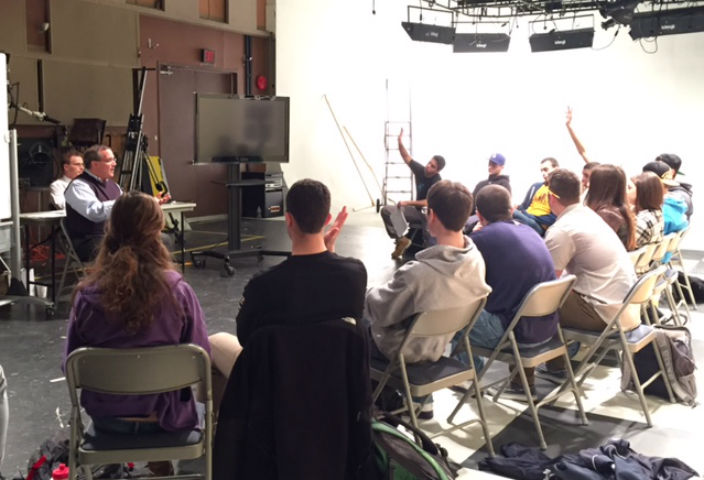 The National Football League’s Glenn Adamo, vice president of production, broadcasting, NFL films, and media relations, stopped by on November 4 to talk with students in Prof. Dennis Mazzocco’s television production class, RTVF-064, in Studio A at the Lawrence Herbert School of Communication.

Adamo, who began his career at NBC Sports and has also been vice president for the New Jersey Devils hockey team, shared his experiences and answered students’ questions about how to get ahead in the industry.

See pics from the visit: