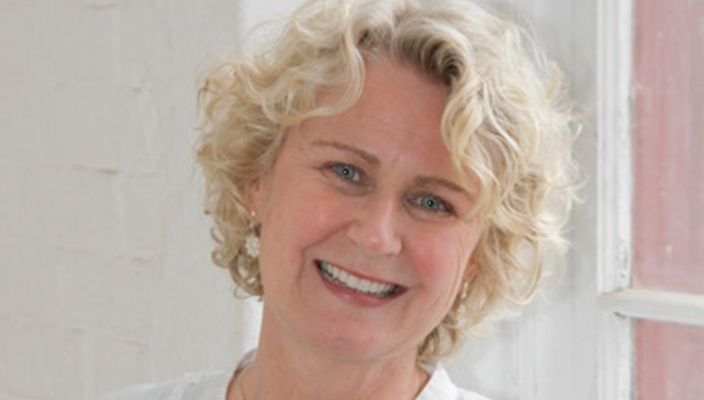 Connie Roberts, adjunct professor of English at Hofstra University, is a finalist in the Allingham Arts Festival Poetry Competition for her poem, “The Potato Picker and the TV Rental Man.” Allingham, a creative arts and literary festival, is taking place November 6-9 in Donegal, Ireland, home of the 19th century poet William Allingham.

However, this week Professor Roberts will be sticking closer to home to participate as a featured poet at the 39th Annual National Conference of the American Irish Teachers Association in New York City. Special guests from Ireland include Jimmy Deehihan, the Minister of State and Foreign Affairs with Special Responsibility for the Diaspora; Consul General Barbara Jones; and Deputy Consul General Anna McGillicuddy of the Consulate General of Ireland (New York).

Professor Roberts’ poem “Banister” is featured prominently in the annual report for the Mary Raftery Journalism Fund for 2012-2013. The poem was inspired by Raftery, a journalist whose television documentaries exposed decades of abuse of needy children in state-sponsored, church-run schools in Ireland.

In 2010 she received the Patrick Kavanagh Award for Not the Delft School, a collection of poetry inspired by her experiences growing up in an orphanage in the Irish midlands.  That same year she was awarded first prize in the Dromineer Literary Festival Poetry Competition.  In 2011 Professor Roberts received a Literature Bursary Award from the Irish Arts Council.  She was nominated for the Hennessy X.O. Literary Awards and was awarded a space in the 2010 Poetry Ireland Introductions Series.

Professor Roberts has been a finalist in several poetry contests, including the Strokestown International Poetry Competition, the Fish Poetry Prize, the iYeats Poetry Competition (twice), and the Dana Awards. May 2013 she received the Poetry Collection Award for her manuscript Omphalos at the Listowel Writers’ Week Festival.

A County Offaly native, Professor Roberts emigrated to the United States in 1983. She graduated from Hofstra with an Master of Arts degree in English Literature and Creative Writing. Her poetry has been published in journals in the U.S. and Europe.  She teaches in Hofstra’s Creative Writing and Irish Studies programs.