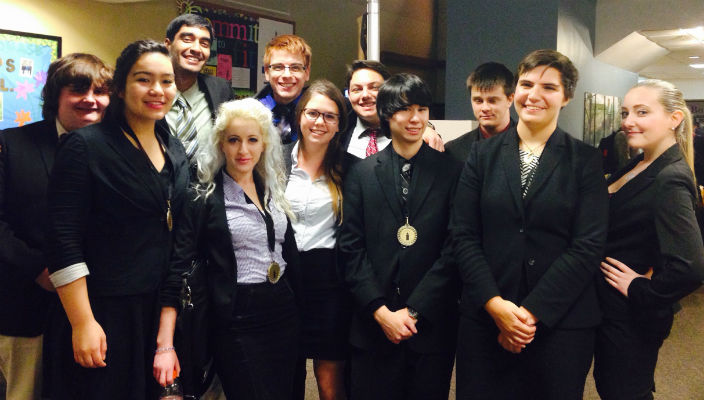 On the heels of a strong debut performance, the Department of Rhetoric‘s new Speech and Debate Team came away with more honors from its second tournament on Oct. 18 and 19 at Cedar Crest College in Allentown, Pennsylvania.   In the third Southern & Northern Atlantic Forensics Union competition, five members of the team won awards:

The team now heads to George Mason University for its next competition on Nov. 15 and 16.