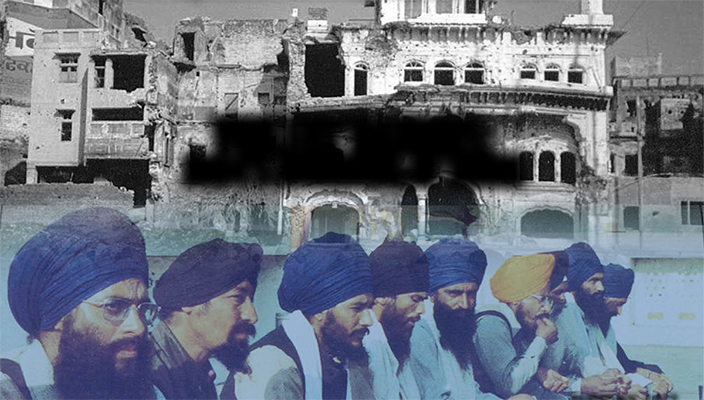 Hofstra University’s Sikh Studies program is presenting a conference, Violent Nations: 1984’s Othering of Sikhs, on the occasion of the 30th anniversary of “Operation Bluestar” – a military assault that left thousands of innocent civilians dead. The action was carried out by the government at Sri Darbar Sahib, Amritsar (Golden Temple) – the holiest place for Sikhs – with the promoted aim of “flushing out” so-called “Religious Terrorists” led by Sant Jarnail Singh Bhindranwale. Under cover of a total media blackout, this assault by tanks, helicopters, armored vehicles, artillery and chemical weapons, occurred on the occasion of the Martyrdom day of Guru Arjan Sahib, when a large number of Sikhs were visiting the shrine.

Violent Nations: 1984’s Othering of Sikhs, scheduled for October 31-November 2, 2014, takes a look at the catastrophic spiral of events that followed Operation Bluestar: there was immediately a mutiny in Sikh units of the Indian Army, and four months later, on October 31, the assassination of Indira Gandhi by her Sikh bodyguards. Thereafter, thousands of innocent Sikhs were beaten and burned alive during the Anti-Sikh Pogroms, November 1-3, 1984. The hope is that through discussion about the events of that time, participants will start to develop a non-ideological narrative that is constructive and promotes illuminating discussions that will be nurtured by future conferences and workshops.

Registration is free and open to the public, but advance RSVP is recommended. For a full listing of conference events, participants, abstracts, and registration information, visit hofstra.edu/violentnations.