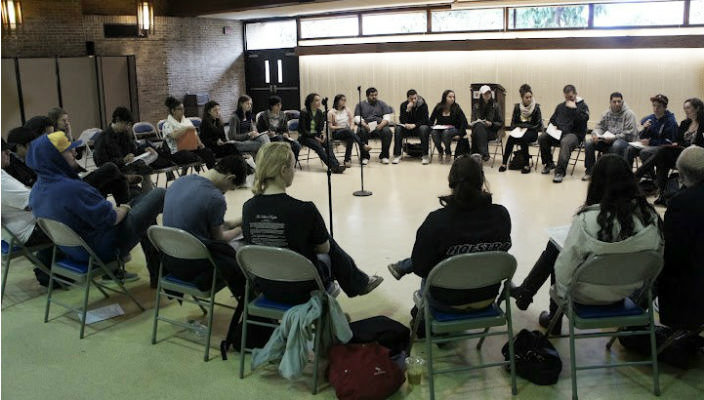 The Hofstra University Center for Civic Engagement will present its 12th annual Day of Dialogue on Wed., Oct. 29, 2014.  This year’s day-long schedule of events focuses on the theme of social responsibility and human security, and will feature more than a dozen workshops, roundtable discussions, and interactive sessions on timely topics such as police and community tensions in Ferguson, Mo., scandals in professional sports, ISIS and foreign policy, and global climate change.  All events are free and open to the public.

“The Day of Dialogue encourages social literacy and political fitness in our community, nation, and world,” said Linda Longmire, PhD, professor of global studies and co-director of the Center for Civic Engagement. “We hope that the day will encourage participants to not only think critically about the difficult problems we face across all aspects of our society, but also inspire the creative activism that can help address these challenges.”

The plenary session during Common Hour (11:15 a.m.-12:40 p.m.) features a talk by Dave Zirin, sports editor of TheNation.com and author of Game Over: How Politics Has Turned the Sports World Upside Down.  Zirin will discuss the interconnected relationship between sports and politics over the years – from past athlete-activists such as Jackie Robinson, Muhammad Ali, and Billie Jean King to current controversies in the National Football League involving former LA Clippers owner Don Sterling and former Baltimore Ravens running back Ray Rice – as well as the question of whether college athletes should be paid.

A Frank G. Zarb School of Business conference on business compliance and ethics will also be presented concurrent with Day of Dialogue events.