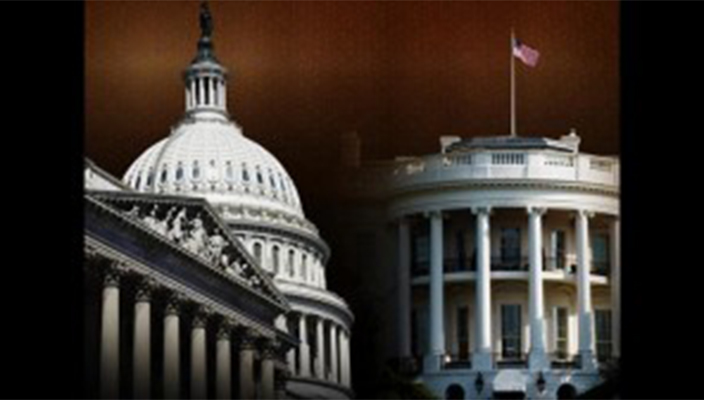 Hofstra University and the Department of Political Science will send a group of undergraduates to participate in a special January 2015 seminar at The Washington Center to study bi-partisan cooperation in Congress and the media’s role in politics.

The two-week seminar will include academic study of bipartisanship in theory and practice, and will focus on three issues: financing the American Dream in the twenty-first century, energy and the environment, and immigration.  Students will participate in lectures by scholarly experts and practitioners on these topics, and will work in small groups to develop their own proposals for reform.  The seminar will run from January 4-17, 2015, in Washington, D.C., and includes two week-long classes – Week One: Exploring Bipartisan Solutions and the New Congress; and Week Two: Politics and the Media.

Applications are now being accepted via email for the prestigious seminar, which is open to students with at least a 3.2 GPA and some history of involvement in leadership at Hofstra.  The deadline to apply is 5 p.m. Wednesday, October 22, 2014.

The Washington Center and Hofstra have special scholarships for the program fee (which includes housing) for 4-6 students. The University will reimburse travel and food expenses for the students.

The Washington Center is a non-profit organization that hosts seminars and other courses about American politics and governance for more than 30 years. The 2014 seminar will include academic study of bi-partisanship in theory and practice and focus on three issues: financing the American Dream in the 21st century, energy and the environment, and immigration. After lectures from scholars and political practitioners, the students will work in small groups to develop their own reform proposals.

The seminar does not award academic credit; however students can pursue an independent study project in Spring 2014 under the supervision of Dr. Meena Bose, director of the Peter S. Kalikow Center for the Study of the American Presidency or Dr. Richard Himelfarb, professor of political science.

A selection committee will hold a group interview for finalists during Common Hour on Nov. 13. 2014, and all applicants must be able to participate in that interview to be considered. Applicants will be notified by 5 p.m. on Nov. 12 whether they are a finalist.  For more information or questions about the seminar, email Dr. Bose.